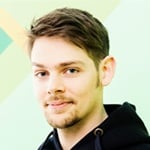 Payara Server and Payara Micro 4.1.2.173 are now available for download! With  58 bug fixes, 30 improvements, 2 security fixes and 5 component upgrades (  see the release notes  for more), t his release sees a number of new features focused on making your life easier, whether you're in development or operations.
Read this post in Spanish
Read this post in Japanese

Payara Micro provides build tool plugins for Maven and Gradle. The plugins allows to start/stop/reload Payara Micro instance and package uber jar bundle of application. To illustrate the use of Payara Micro Maven Plugin, I'll be revisiting my earlier blog on another feature of Payara Micro - the ability to use Payara Micro as a JMS consumer.

The Eclipse MicroProfile is a specification for a set of APIs appropriate to building MicroServices. The project has existed for over a year now and is something that Payara is highly committed to. Readers who like to keep up-to-date with news from the Java community will probably already be aware of how the project has progressed in leaps and bounds lately. It's been a long road from version 1.0 to version 1.1 of the specification but, in that time, a lot has developed and there are multiple APIs currently being worked on.

In the last few weeks, we have released two builds of Payara Server; our new major version 172 and third patch build of version 171 - 171.3. This is the first time we've ever released two distinct builds in the same month, so why are we doing it?

Payara Server 171 was a huge release with lots of new features and improvements on many others. We've already written about improvements to the Request Tracing service and had a guest blog about using the email notifier.

The email notifier is just one of a whole host of notifiers we now have available. A lot were added in the 171 release and more are on their way in the imminent 172 release! 2016 has been a bit of a wild ride, to say the least. Lots of major things have happened politically and in popular culture. Considering the world of Java and its related ecosystems, we've seen a lot of activity too, with announcements about the delay of Java 9, the concerns raised by the Java EE Guardians (shared by many), and a largely unprecedented move in the establishment of the MicroProfile initiative.