Jakarta EE 10 will be released on September 22! It's almost here...

While the previous releases of Jakarta EE have been focussed on the much-feared namespace change and updating everything with support for Java 11, this is the first major release of Jakarta EE to start introducing new features for developers to use. I’ll cover some of them here.

This is no minor release! For this release of Jakarta EE there are almost just as many major updates as there are minor (12 minor, 11 major). The following specifications have all been updated:

I’ll run through some of the changes in the major releases:

A new key, Jakarta.servlet.http.isAuthenticationRequest, has also been added to allow modules to distinguish themselves at different points in the lifecycle of a request.

Numerous issues have also been resolved or delivered with this release, such as the addition of default methods to ServerAuth & ClientAuth, new methods for adding or removing a single server auth module, and the API has been updated with generics.

One of the biggest changes you may notice with the new version of Jakarta Concurrency is that it has moved! It is now included in Web Profile distributions of Jakarta EE.

Along with this move,Concurrency 3.0also brings with it a number of new features: 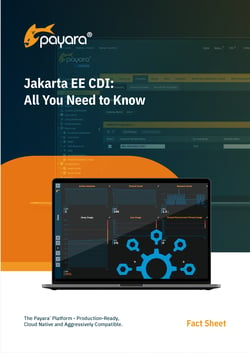 CDI has undergone a number of changes for this release of Jakarta EE, arguably the two most prominent of which being the introduction of CDI Lite with its attendant Build Compatible Extensions, and the change in the interpretation of an empty beans.xml from “all” to “annotated”. The latter change is one you may notice by your existing applications suddenly not working so be sure to account for it when upgrading. We have a full fact sheet on changes inthis specificationfor Jakarta EE 10, available to download for freehere.

While primarily a major release due to the removal of a long-deprecated method typo (so long isParmetersProvided!), a number of additional enhancements have also been included in this release!

The backwards compatible change for this release is the dropping of optional @JsonbCreator parameters. It’s not just removals though, this release brings in deserialization of null values to JsonValue.NULL_VALUE, support for polymorphic types, and support for using JsonbTypeDeserializer & JsonbTypeAdapter as parameter or type annotations.

One of the headline features for this release of Securityis support forOpenID Connectas an authentication mechanism. There are numerous additional changes to this however, including but not limited to new wrappers for HttpAuthenticationMechanism and IdentityStore, allowing a user to define custom behaviour.

Faces(no longer JSF!) gets a pretty hefty major release for Jakarta EE 10, bringing in many features. The headline features are a new API to programmatically create Facelets, automatic extensionless mapping, custom cookie attributes, and a smorgasbord of new attributes and tags.

There was also some tidying up done, removing a number of deprecated methods and classes (e.g. ResourceResolver).

The most prevalent change here is a change in the old xmlns.jcp.org URLs to URNs – make sure you don’t fall afoul of any copy-paste errors!

This release drops all references and support for JAXM (Java API for XML Messaging), meaning you can no longer look up a provider through a jaxm.properties file. Other enhancements have also been included, such as SOAPConnection now implementing AutoClosable (try-with-resources!)

With XML Binding 4.0support for JAXB 1.0 has been dropped – I hope none of you were still relying on that! Constraints on using java.desktop/java.beans.Introspector have also been removed, and implementation lookup has been changed.

TheJakarta Web Services Metadataspecification has been folded into this specification as a part of this release, so be aware that any standalone artefacts for metadata will no longer be updated and published.

Core Profileis the new “distribution” specification being delivered with Jakarta EE 10, providing an even more cut down version of specifications than Web Profile, intended for microservices and ahead-of-time compilation.

This was just a high-level overview of some of the changes – there are far more than this present!

As I’m sure many of us have been waiting for, Payara 6is getting some pre-releases that support Jakarta EE 10 to allow you to try it out (as well as the other changes we’ve been working in!). Reading about the changes is all well and good, but I recommend youdownload Payara Serverand start testing out the new changes to really get a good grasp of what’s new. 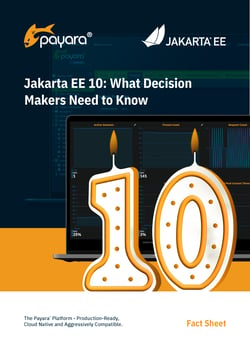 We have also developed a full fact sheet on Jakarta EE 10 with more detail on what some of the changes mean, please download here:

It covers the changes mentioned with more context as to WHY they were added and how this fits into the overall journey of Jakarta EE under theEclipse Foundation.