In October, ourJavaandJakarta EEcommunity has still been digesting the new long-term support release, JDK 17, out last month. Below, find useful articles such as theJava Champions demystifying the new licensing,Per Liden on the inclusion of Z Garbage Collection, andGunter Rotsaert on differences between Java 11 and Java 17- some of our favourite experts are helping the community get to grips with improvements and changes!

The innovative Payara team are always looking forward though, and work is in full swing for Jakarta EE 10. Particularly popular this month was a blog by our CEO Steve Millidge, who is project lead for the Jakarta Concurrency project, a specification within theEclipse FoundationJakarta EE that works on transferability between Java SE Concurrency and its enterprise-orientated counterpart. Make sure you check it out if you are interested in honing your open source skillls by contributing to a project (Steve is actively looking for volunteers to test, write documentation and develop) but also if you want to know more about what you can do with Jakarta Concurrency in its current form.

Big news also is the new and improvedPayara Forum. We've moved from Google Groups to a new location that makes it easier to discuss use of Payara Platform with like-minded developers - and our engineers! Make sure you have investigated it.

In addition to JDK 17 tips and tricks, and Jakarta Concurrency content, please find below our pick of the best blogs, articles, videos and podcasts from the world of Java, Jakarta EE, MicroProfile, open source and DevOps over the last month. We also include industry news and where you can find Payarans across the web!

You can follow us onInstagram,Twitter,YouTubeandLinkedIn.You can alsocontribute toanddrive the futureof Payara Platform via our GitHub.

Faster Maven builds - Nicolas Frankel details techniques that will make your Maven builds faster for more frequent releases! These go from a solid, safe starting point with Maven daemon to JVM parameters when you want to go the extra mile.

What’s New Between Java 11 and Java 17? -Gunter Rotsaert provides a closer look at changes since the last LTS release, as well as a short introduction to the new licensing model - read his useful overview here.

Is Java Still Free?- Confused about OpenJDK licensing? This blog by Java Champions explains: you can still get implementations of Java SE (mainly OpenJDK based) with complete freedom from providers like Adoptium and Azul.

The Ultimate JSON Library: JSON.simple vs GSON vs Jackson vs JSONP- Payara Platform provides features that make it easier to work with your JSON parser - but which is the best library to use? Daniel Bechtel provides an assessment.

Java Thread Programming (Part 1) - A N M Bazlur Rahman on thread programming. Using multiple threads is a key part of modern Java programming that most of our followers will be used to - find a refresher here.

ZGC: What’s new in JDK 17- OpenJDK 17 was released last month & as a Long-Term Support (LTS) release wil be supported by Payara. It is the first OpenJDK to include a production-ready version of the ZGC Garbage Collector, Per Liden explains more.
Ten Things I Love About Java 17 - With Java 17 now having been out for around a month, Todd Ginsberg reflects on his favourite features. Java 17 will be supported by Payara Platform, so users, get excited about what you will gain!
Kubernetes Autoscaling: A Beginner's Guide- Autoscaling is a technique used in cloud computing to dynamically adjust computational resources more efficiently depending on traffic. It is a key Kubernetes feature - Ashish Choudhary explains.
Java : Where the Wild Code Isn't (On Security & Modularity) - Erik Costlow for Foojay on how
OpenJDK has made Java safer for users & developers. In part this is due to a modular JDK, allowing for isolation of areas where security is an issue.

Executable JavaDoc Code Snippers- OpenJDK 17 has just been released but this doesn't mean we can't get excited about the future! Gunnar Morling on Java 18 feature: code snippets are in documentation, so you can see example code showing you how to use the API.

Optimizing Apache Kafka Performance-Apache Kafka is part of the Payara Ecosystem: it's a distributed messaging system powered by the Apache Software Foundation that can be used with the Payara Platform. Here on Granulate's blog, information on how you can use it to best effect.

Choosing a Cache - "Using a cache is not the sign of a badly-designed system per se, though it might be the case. Like in many design decisions, a cache is a trade-off." Nicolas Frankel on considerations when setting up a cache.

How to Find Duplicate values in SQL? GROUP BY and HAVING Query Example Tutorial - A new blog with database tips from javinpaul.

Where is the Payara Fish This Month? 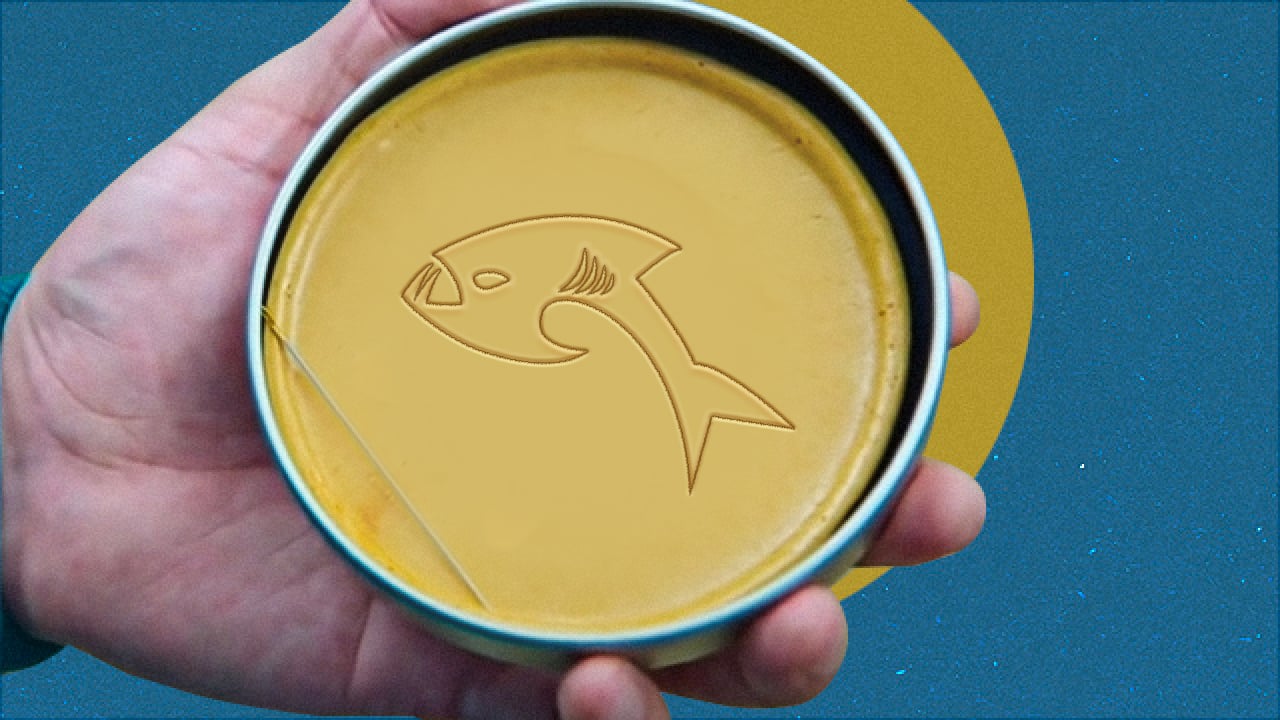 How to set up VS Code for Java- Arto Santala starts you off with VS Code - installation, extensions, configuration. This IDE can be used with Payara Platform. Arto also uses JDK 16 - its new features will be supported by Payara soon with JDK 17.

Getting Started with Payara Cloud: Search Logs- We think it should be easier to run your Jakarta EE applications on the cloud! Payara Cloud (launching soon!) will take on a PAAS role to do this. One of its benefits will be ease in searching log entries - Rudy De Busscher shows you how in this new video.

Learn Java 17- Mala Gupta shows you how IntelliJ IDEA IDE can help you discover & use new features in Java 17. IntelliJ IDEA Ultimate has a Payara plug-in, so will be a good choice when we soon support the new release.

Foojay Podcast #4: Why Are There So Many JDKs? - The new podcast features great Java names names & friends of Payara Simon Ritter, Bruno Borges and Erik Costlow & more - discussing how different JDKs have sprung up & how they are different.

Jelastic Acquired by Virtuozzo- Jelastic is a PAAS platform, with auto-clustering recently introduced for those using it with Payara Platform. Business continues as usual with this acquisition, don't worry - Tetiana Fydorenchyk explains.

AWS Cloud Announces the General Availability of Amazon Managed Service for Prometheus - SteefJan Wiggers explains how you can now use query language PromQL to monitor performance of containerized workloads without managing underlying infrastructure.

1.0 Release of Language Support for Java  on VS Code- Nick Zhu details VS Code improvements for use with Java applications - Payara has a specific plugin that can be used with the IDE !

Where on the Web (outside of our own channels) can Payarans be found? This month, we're everywhere from Java Champion Adam Bien's podcast to the newspaper local to our UK office!

How OpenSourceWorking Groups Drive Collaboration & Innovation- We feature in this new Eclipse Foundation eBook - Payara Platform is part of the Jakarta EE and MicroProfile Working Groups.

Malvern tech firm praised for work developing apprentices in town- We are passionate about developing the next generation of Java developers - finding & nurturing talent, in our UK office & globally.

Payaran on a Podcast alert!- Ondro Mihályi joins Adam Bien on his AirHacks podcast. They discuss Payara Micro optimizations for Payara Cloud, redeployment without restarting the instances, Payara Micro, Arquillian,  hollow JAR approach & Payara Micro, & Payara Cloud. In Adam's words "I wanted to have some arguments with Ondro about modules, but the discussion was less controversial than anticipated. So we used the time to discuss a Fish in the Clouds."

Get to know us in new video!- We were awarded a Queen's Award  for Enterprise,  International  Trade in an official ceremony. You can now watch the highlights video on our YouTube channel:

How Payara's Software for Jakarta EE & MicroProfile & Its Automated App Server Simplify Cloud Infrastructure Management- Jadon Ortlepp talked to Jon McDonald fromHosting Adviceabout GlassFish,  Payara Cloud & more.
How to properly inject CDI beans into JAX-RS sub-resources- New blog from Payara's own Ondro Mihályi! He teaches you how to create sub-resources so both the CDI Injection & JAX-RS's own dependency injection work.
We've recieved an upgrade in our Worcestershire Works Well  accreditation!- Moving from a Level 1 to Level 2 shows that our mental health, culture & team policies have improved from the already good position of Level 1.
Jakarta Concurrency: Present and Future- Our CEO & Founder Steve Millidge  is project lead for Jakarta Concurrency; the Jakarta EE specification that allows developers to continue to use Java  Concurrency primitives in Jakarta EE applications. Read this detailed blog for more information.