Payara Platform is an open source middleware platform. This means that we are proud to nurture and grow an open and collaborative community, building on the needs of all to advance our software.

Part of this ethos is inviting contributions to our software via our GitHub. Users can issue a pull request with suggested bug fixes and enhancements, and if successful, these will incorporated in our next release. We send t-shirts and stickers to contributors to say thank you!

Since our last contributor shout out in February, we've implemented many useful pull requests, from valued long time contributors Alexander Pinchuk and Oliver Bertuch, as well as new contributorAngelTG2.

We also wanted to take the opportunity to point out that contributions aren't the only way to shape the future of Payara Platform. You can also up or down vote the open issues - new features, enhancements and bug fixes - that would make the most positive difference to YOUR development and applications. Find out more below.

Payara Platform is Improved by Our Community

First-time contributor, GitHub user AngelTG2, realised that asadmin create-password-alias was very slow when many aliases were created - and suggested a fix! This improvement was incorporated for the benefit of all in our May release.

They also contributed toour June release - improving loading time for REST application when there are many password aliases.

Thank youAlexander for delivering solutions that were incorporated in two successive releases.

Working Together on Improvements - It Doesn't Have to Be Perfect Straightaway!

Contributor Oliver Bertuch (find him on Twitterhere!) noted issues related to MicroProfile Config and suggested a demo as to how these could be fixed - making MPCONFIG in TranslatedConfigBiew debuggable. He agreed this might need polishing, and then worked with the team to come to a solution. Proof that if you have an idea of an improvement, Team Payara may enter into a collaborative process to finalise the fix. 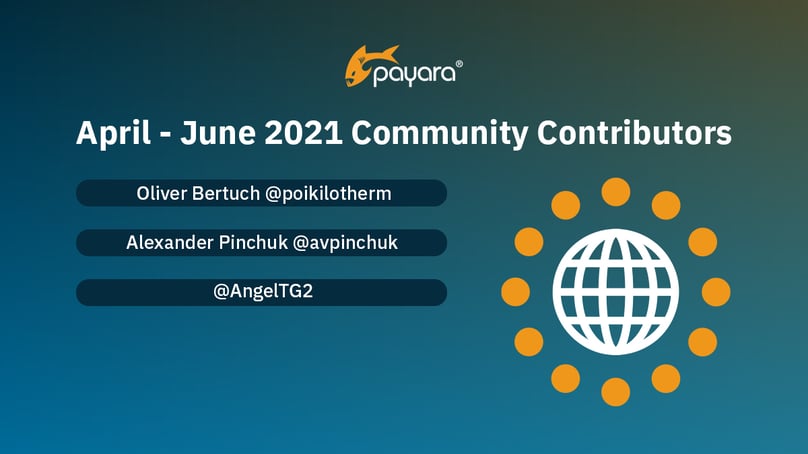 Vote For Enhancements and New Features

If you aren't ready to contribute with a pull request yet, you can still drive and shape the future of Payara Platform via our GitHub.

You might be a long-time user of Payara Platform Community Edition - and not realise you can help decide what we focus on with this voting process.

When new features and enhancements are suggested, we welcome votes to decide what improvements are prioritised in our upcoming releases. All you have to do is visit our GitHub openissues page and up-vote the open issues you think should be looked at first by our development team.

Users up vote on the enhancements they would like to see implemented into Payara Platform, and we currently choose the single top voted issue each month to be 'accepted' - but we may increase that as our Development team expands. Any issues that did not get enough votes roll over to the next month, while still keeping their votes. If an issue does not get enough votes (minimum of 2 votes) within 3 months then it will be closed, as we take it that no one is interested in the issue.

Click the image to reach our issues page and find out what is currently open for voting: 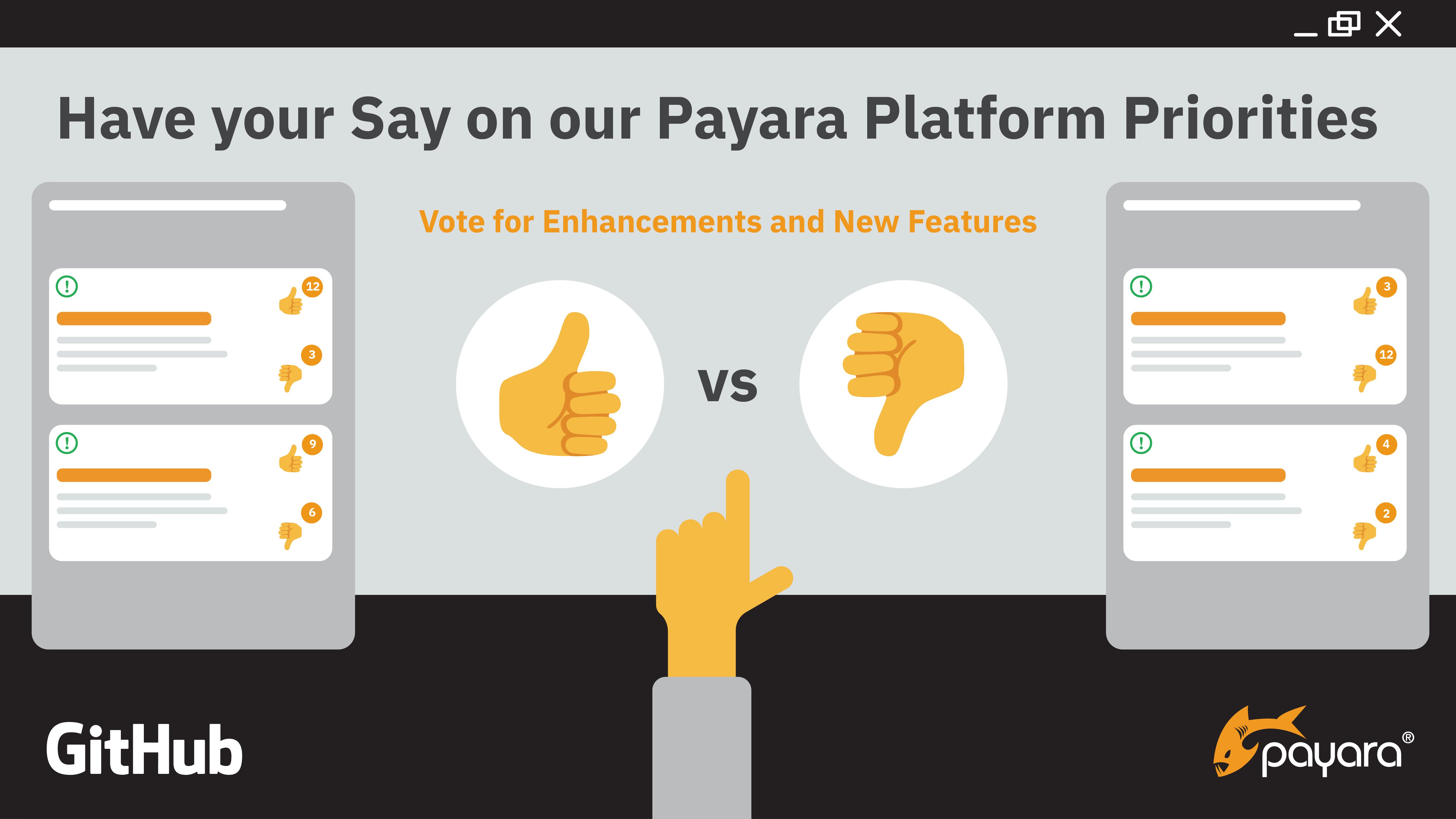 Visit Our GitHub to Drive the Future of Payara Platform, Via Contributions OR Votes: