We’ll now provide a Payara Platform Enterprise Edition, designed to increase stability and security in production environments and provide customers with access to production-oriented features, tools, and capabilities; and a Payara Platform Community Edition, targeted for developers looking to play with the latest features and APIs during development before potentially moving to Payara Enterprise in production. 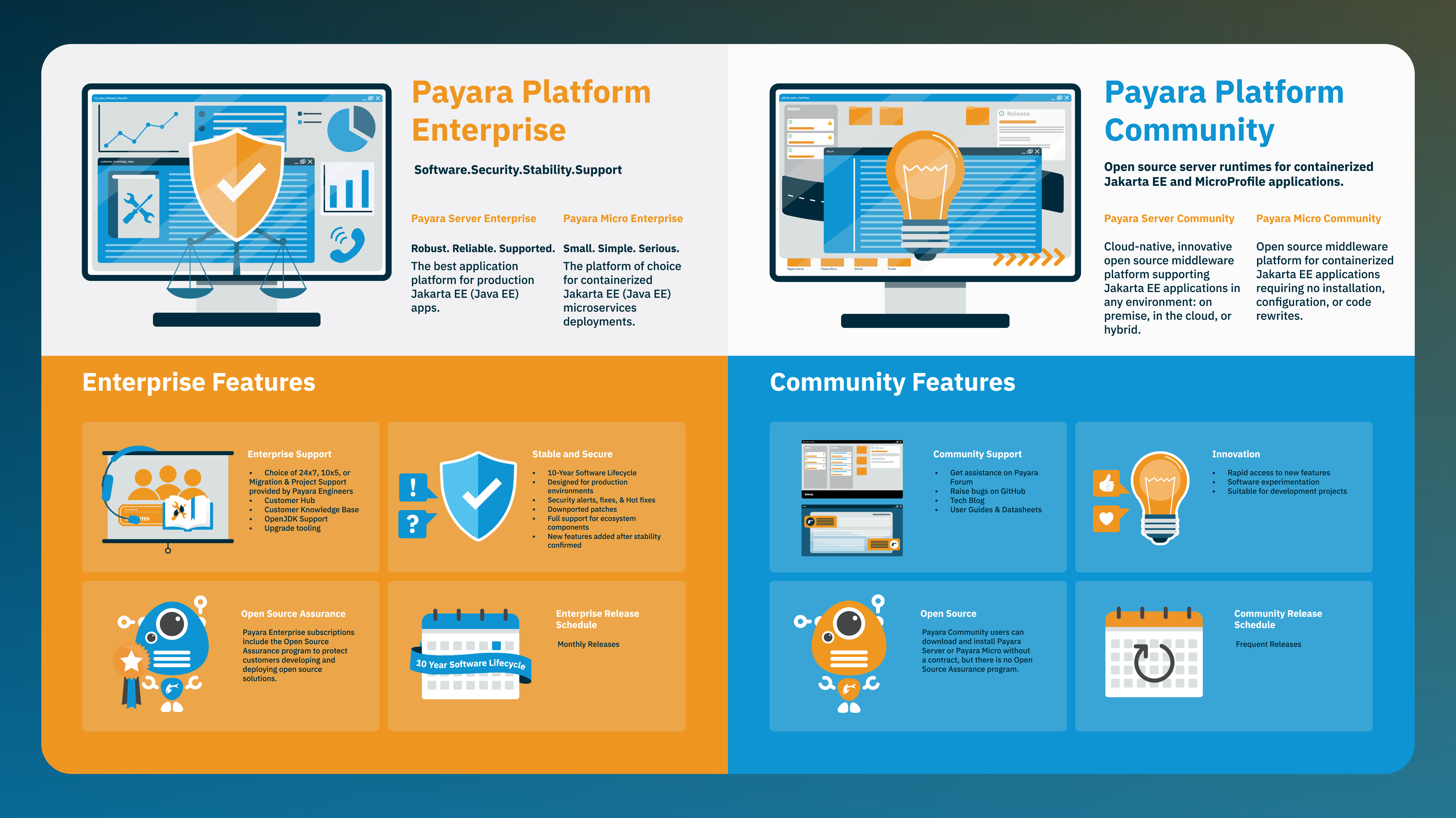 In the past, you may remember that the Payara Platform offered three release streams:

Learn more about why you should choose Payara Enterprise, the features and benefits, and included support options:

What do the Changes Mean for You?

If you’re running Payara Server or Payara Micro in production environments, you should move to Payara Platform Enterprise - our fully supported and stable version designed for mission critical systems.