Migrating applications from WildFly to Payara Server can be a simple and straightforward process because both servers rely on the Jakarta EE (Java EE) specifications. However, there are differences in many areas because many Java EE APIs in WildFly and Payara Server are implemented by different components. Moreover, the configuration of certain aspects like external resources, high-availability and deployment is not covered by any specification and is, in fact, very different in both servers. Although Payara Server offers similar features as WildFly, they are often based on different technologies and concepts, and often also use different terminology. Therefore, before going into migration from WildFly to Payara Server, we’ll provide you with an overview of similar features and concepts that exist in both WildFly and Payara Server.

In this guide we will cover: 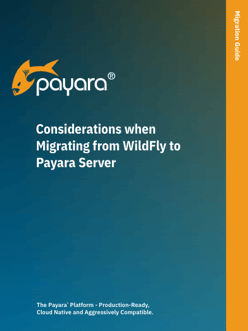 We also have the following resources and an entire “Getting Started” section devoted to new Payara Platform users, featuring a 6 step process to setting up and using the Payara Platform.