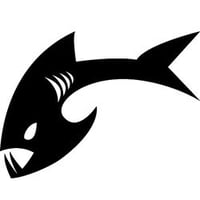 As we move into the second quarter of the year, the next release of Payara Server emerges from the depths - version 4.1.152. Read on for an overview of what's gone into this release.

The headline feature of this release is the Payara Micro distribution, which replaces the Payara-embedded-nucleus distribution. This release is very lightweight, coming in at under 60MB, and has a small memory footprint of roughly 50MB (depending on what you deploy of course!). This distribution also has Hazelcast integrated into it, allowing for automatic web session clustering and JCache distribution.You can read more about it here.

Payara now comes with two domains created out of the box, the default domain1 created from the original template, and the new payaradomain based on our new template. This new template is included in the download, which you can find at:

The create-domain command will still default to using the original GlassFish template, so you’ll have to specify the new template using the --template option if you want to create a domain using our new template.

Let us know if you’d prefer the new template to be the default for this command, and if you’d like the download to continue being packaged with both pre-created domains.

As you probably expect, we’ve updated some of the modules that make up Payara and GlassFish, incorporating all of the bug fixes and improvements from these modules into Payara Server. On top of these, we’ve also been fixing numerous bugs ourselves (some of which have made their way back into GlassFish!), which you can read about in the full patch notes when they’re released.

We’ll be releasing the full release notes on Friday when we release Payara 4.1.152, in which we’ll list all of the fixed bugs and changes, so stay tuned for that. We’re continuing to expand our test suite to be more comprehensive, but don’t let that dissuade you from testing it and reporting bugs yourself; open source projects live and die on their communities!

Besides that, let us know if there’s any killer feature, fix, or change you want in Payara for the next release via GitHub, Twitter, or your preferred medium (no carrier pigeons or bricks please though), and thanks for your interest and support!