In Payara Server Enterprise 5.23 we continued improving our monitoring solution released in Payara Server Enterprise 5.22.0 (read about it here) called Payara InSight. The main focus of improvements for this release is the representation of alerts in the user interface. We also had a closer look at how widget content is arranged and coloured which also lead us to add further configuration options.

Our goal was to keep users informed about alerts independent of the current page shown. Therefore we added a small alert summary that is always shown in the page footer as well as an alert status transition popup that pops up when the status of any watch changes to or from a red (unhealthy) or amber (degraded) alert (see green arrows in below sample).

The popup gives details of the alert(s) that changed, grouped by the transition they made, here going from healthy to degraded. Users can just confirm these with OK or Show the alert situation on the Alerts page. This popup can be disabled by a new application setting. Without the popup the overall alert status is still indicated by the summary in the bottom right corner. Clicking on the warning icon also jumps the user to the Alerts page.

Our second focus area was to improve the widget content itself addressing several smaller issues we noticed. The arrangement of elements in certain situations would lead to unintended overlapping or covering of other elements or elements "jumping" in position depending on current values shown.

Most of all this meant the legend needed some attention to detail. But we also improved the arrangement of title, graph, and legend towards each other so that they better adopt to each other as they grow or shrink due to the current values.

The legend items are now arranged in a grid of equally sized cells. 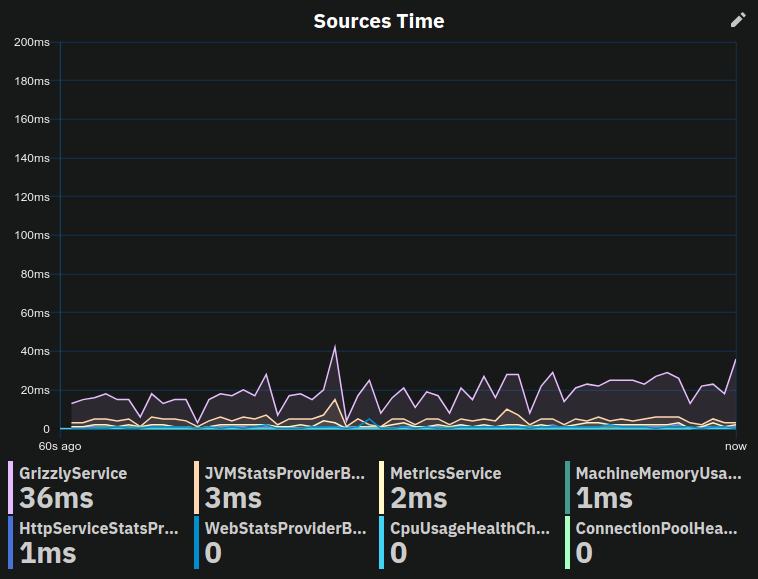 As instances are added, the legend items are grouped (in certain colouring settings) when the colour and series are identical, as shown in the below image of the same series with two instances running. 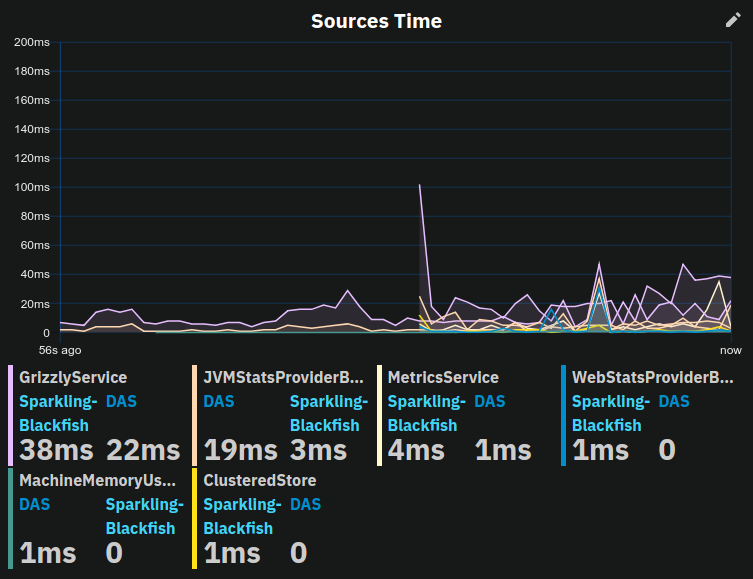 The legend can now also be ordered (as shown in the above images which are ordered by decreasing value). Other ordering options include alphabetical, by increasing value, or in no particular order (keep order of data).

Another new option we added is to limit the number of series shown in a diagram (and its legend). This naturally is mostly useful for widgets like the above example that show a dynamic number of metrics in the same graph and which also are ordered. This allows the user to focus on the most relevant series and not get distracted by less relevant information. In this context, the user can also opt not to show any metric in the graph (and its legend) that is currently zero.

With legends now allowing ordering by value and data series now allowing for limitation by a maximum number, we already had all the ingredients needed to show a table of the the top N series when ordering by increasing or decreasing value. We baked this configuration into a new widget type that would simply just show the legend as a single column table. 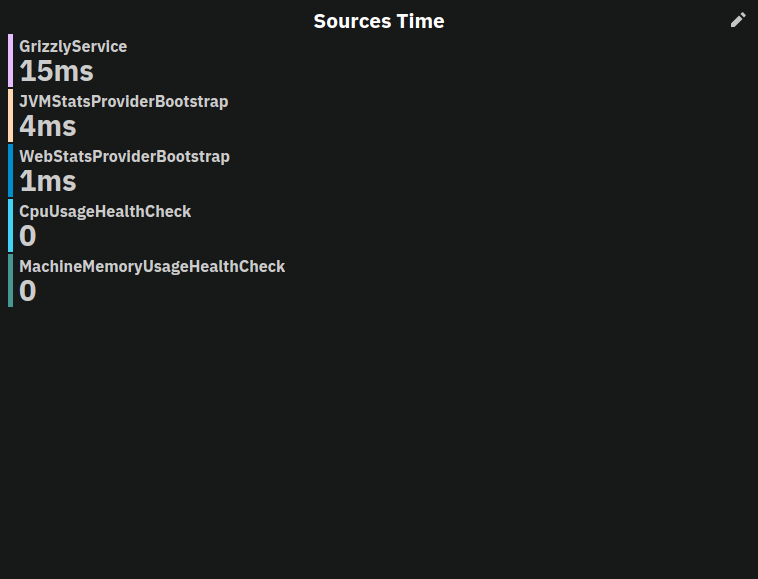 The above image was created by just changing the widget type of our example widget to the new Top N type.

With the new alerts integration we made an important step that helps ensure users never miss any alert status changes. This goes both ways: Users see which alerts have started but also which have stopped or where unhealthy status improved back to degraded status. The improved widget rendering avoids visual issues and displays the widget content, in particular the legend, in a more neatly arranged way. In fact, so much so that this is also usable on its own as the new Top N widget type.

As usual we have lots of plans and ideas how to further improve Payara InSight in the future that we currently work on for future releases of Payara Server Enterprise.