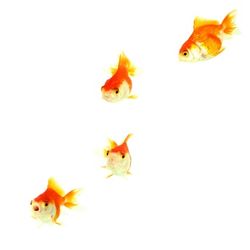 Microservices are the latest new-but-not-really-new thing that developers are talking about, and the Java EE world is no exception. In this Devoxx 2015 talk, Mike is using some new features of Payara Server that bring the power of Hazelcast to Java EE microservices, while still keeping the overall footprint incredibly low.
JavaEE Microservices -the Payara Way from Payara
In the talk, I mentioned that I would find out why the demos didn't work on the day and explain it all to you, so here it is:
After a few minutes looking back over it in the calm of my hotel room, I found that Payara was working perfectly - the fault was entirely my own!
In the first demo, I start up a few Payara Micro instances without deploying anything. In the second, I deploy the rest-jcache.war file and attempt to curl to it. What I forgot to do was stop the first Payara Micro instances which had no deployments!
So I was trying to access a resource on an instance which had no deployments... D'oh
The second issue I had was with Vagrant. Here, the problem was simply that I was running my 'vagrant up' command one directory too high. Vagrant requires the presence of a Vagrantfile and, under the spotlight, I didn't notice the obvious!