Last week, the Colombian chapter of the Latin American JConf Conferences was held in the beautiful city of Medellin, Antioquia. There were multiple Java related talks across the 5th and 6th of July in two tracks: 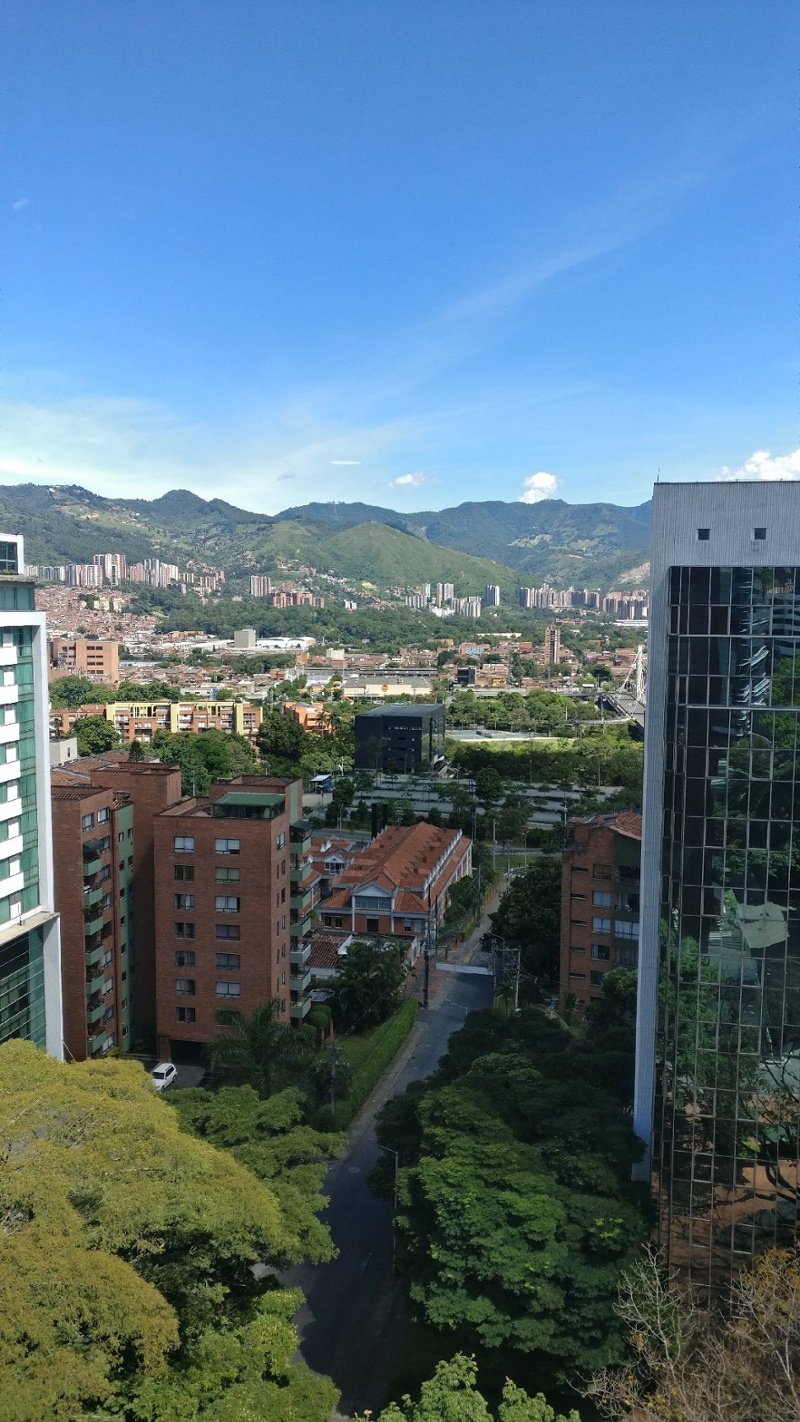 Here is a nice shot of the Poblado district, also known as the "Zona Rosa" of the city.

As you may or may not know, I'm based on Barranquilla (right by the Caribbean coast) and I have been working for Payara Services Limited more than three years. Last year I started my evangelizing endeavors in Latin America and the first country that I had the chance to speak at a conference was Colombia, in the city of Cali.

Not only that, but 2018 was the first year that the multiple regional JUGs joined forces in order to organize a national conference and bring attention and excitement to the Colombian community in general, so I was happy that we could carry over this year with an even greater audience in mind!

This year I was invited to talk during both tracks at JConf.

For the community track, I had a joint talk called "Colombians in the Open Source World: Our Experience working for Payara and Vaadin" with Alejandro Duarte (@alejandro_du), who is another Colombian IT professional based on Finland that works for the Vaadin engineering team. The purpose of this talk was to talk in a casual manner to students and other IT professionals about what it's like to work with foreign companies and to provide some insight on how they can do the same. We had a blast with this talk and we think it was an amazing opportunity to inspire our juniors in the field to get out of their comfort zones.

The next day was very busy, since the technical track was filled with a lot of impressive talks! My talk, "Fun with Kubernetes and Payara Micro 5" was centered around showcasing how can you quickly create a Kubernetes cluster with Payara Micro 5 and how easy it is to configure and deploy applications on such a cluster. Since Kubernetes is a complex technology, my talk focused on explaining some of the basic concepts of the technology (nodes, pods, deployments and services) and how useful they are for implementing distributed Java applications. 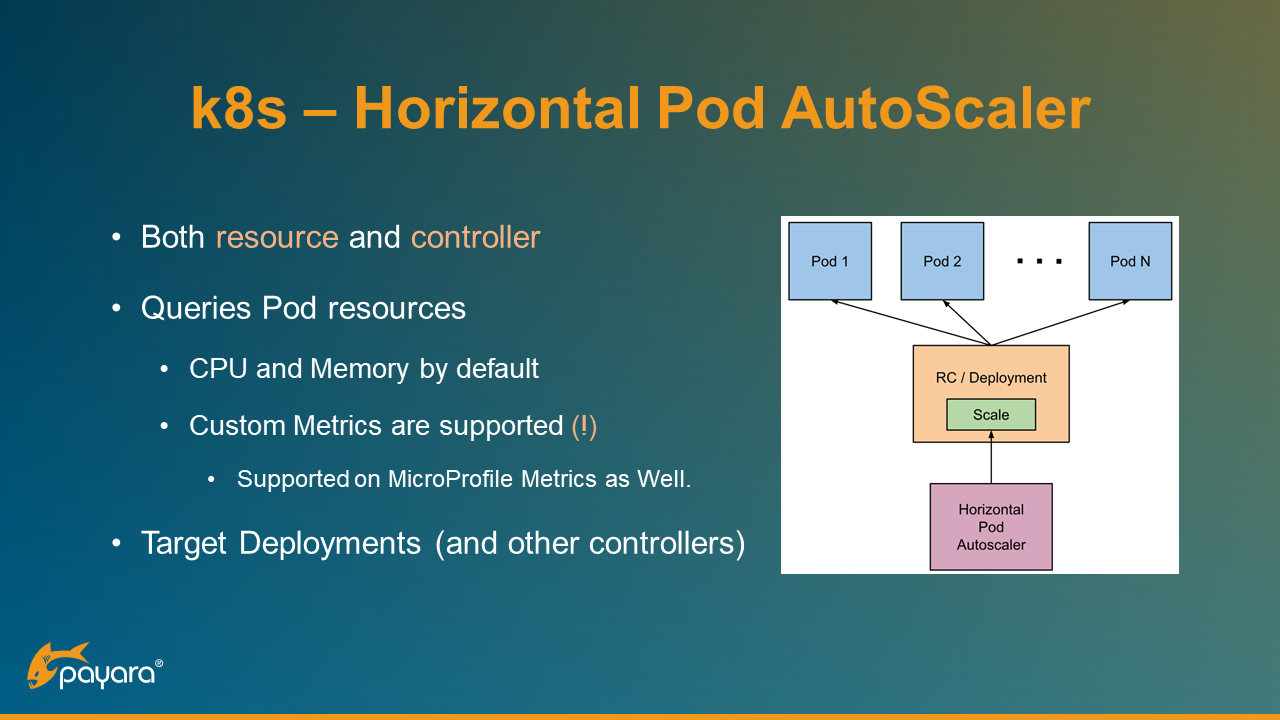 The Horizontal AutoPod Scaler is a center point of my talk as well.

To wrap it up, I had the intention to run a short, live demo using a Kubernetes Cluster and a sample Jakarta EE/MicroProfile application running on Payara Micro 5, but unfortunately there was no time as I was only provided 30 minutes out of the original 40 minutes allotted for my talk. I hope that the next time I present this talk I'll also be able to present the demo as intended. 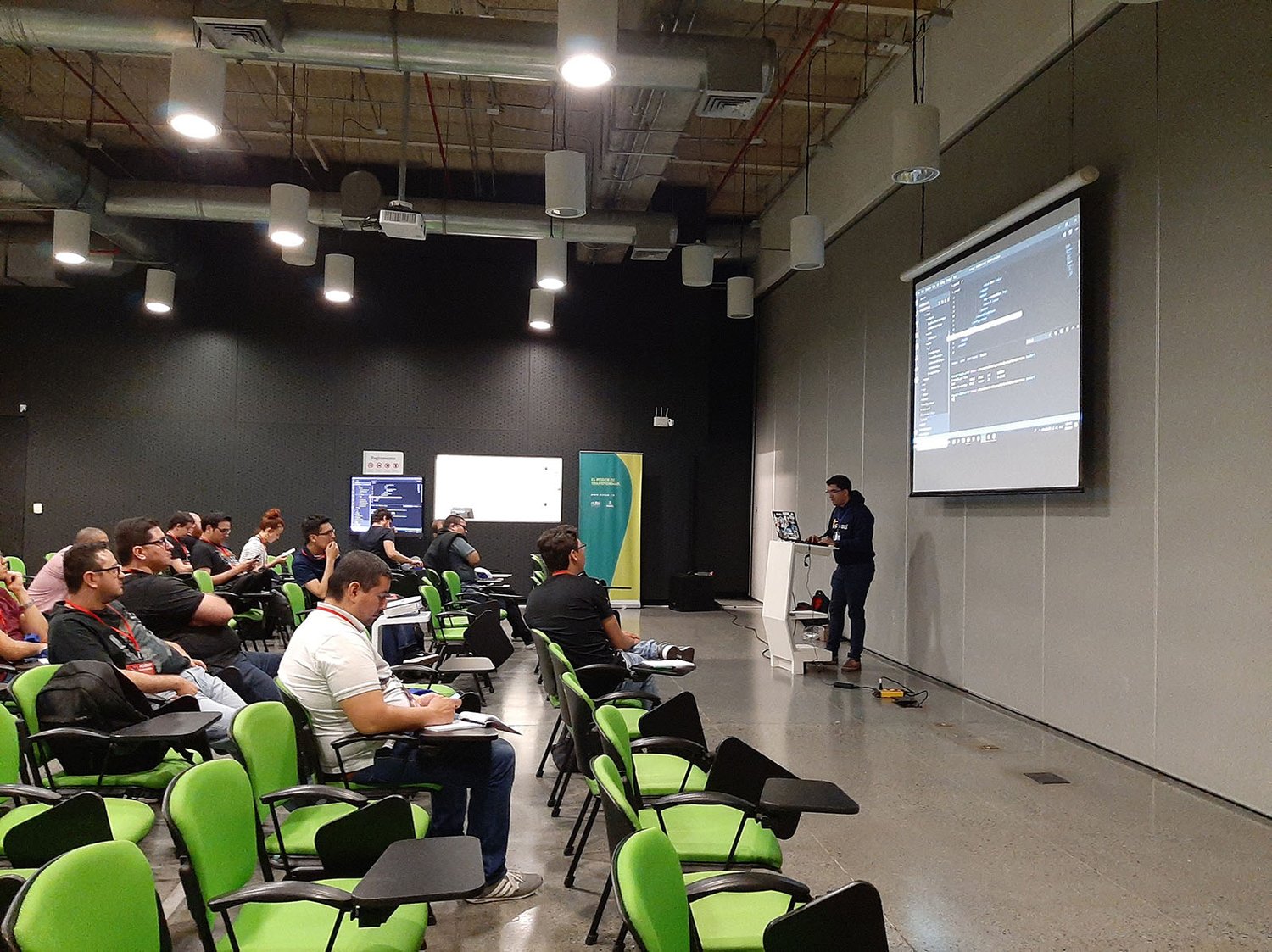 Many thanks to everyone who attended my talk!

The slides for my presentation are located here. The source code repository used for the live demo is referenced from within the slides as well if anyone is interested in running the demo locally or on the cloud.

It was very nice to have the chance to evangelize again in my home country and to get to talk to other speakers and evangelists that come from all around the world as well. Colombia's IT industry is ever growing and I hope this growth never stalls, especially now that the Java community is more energized than ever!