The Java EE Security API 1.0 is a new spec for Java EE 8 that aims to bridge some of the gaps that have traditionally been left unspecified and provides the new way to define or configure identity stores and authentication mechanisms.

The Java EE Security API standardize identity store e.g DataBase, Embedded, LDAP etc and introduced a new standard interface for the custom identity store that is responsible for providing access to a storage system where caller data and credentials are stored.

A JSON Web Token (JWT) is a JSON object composed of a header, a payload, and a signature with the following format:

The header component of the JWT contains information about how the JWT signature should be computed. The header is a JSON object in the following format:

The payload component of the JWT is the data that's stored inside the JWT (this data is also referred to as the "claims" of the JWT). In our example, the server creates a JWT with the user information stored inside of it.

In our example, we are putting caller name in "sub" (subject), roles in "auth" (custom defined) and expiration time in "exp" claim into the payload. You can put as many claims as you like. There are several different standard claims for the JWT payload, such as "iss" the issuer, “iat” the issuedAt, “aud” the audience etc. These fields can be useful when creating JWT, but they are optional.

Note : The size of the data will affect the overall size of the JWT that may negatively affect performance and cause latency.

The signature is computed using the following pseudo code:

To get the JWT signature, the data string is hashed with the secret key using the hashing algorithm specified in the JWT header. 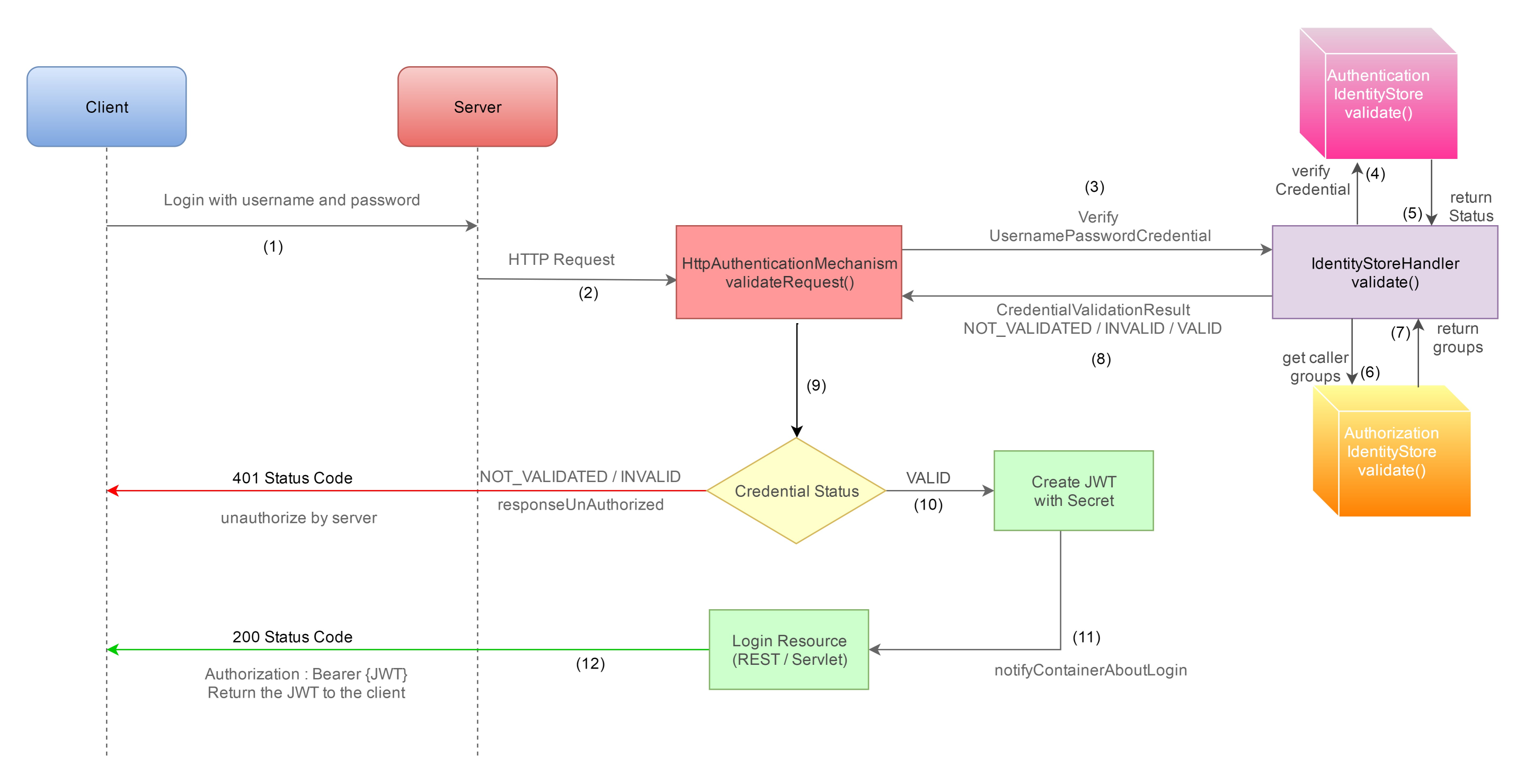 In case of rememberme, RememberMeIdentityStore generates the JWT and server sends it to the client as a response through cookies "JREMEMBERMEID". 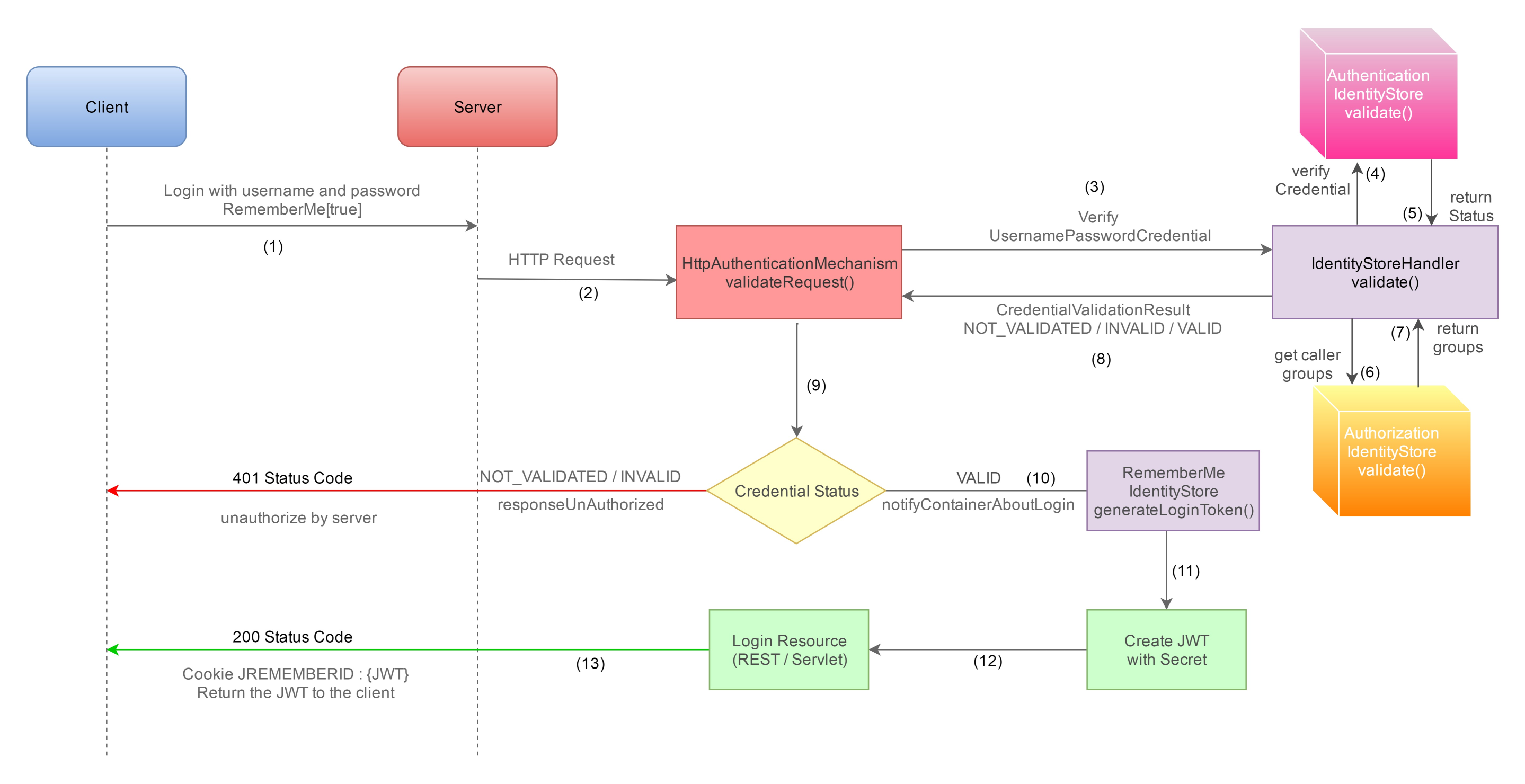 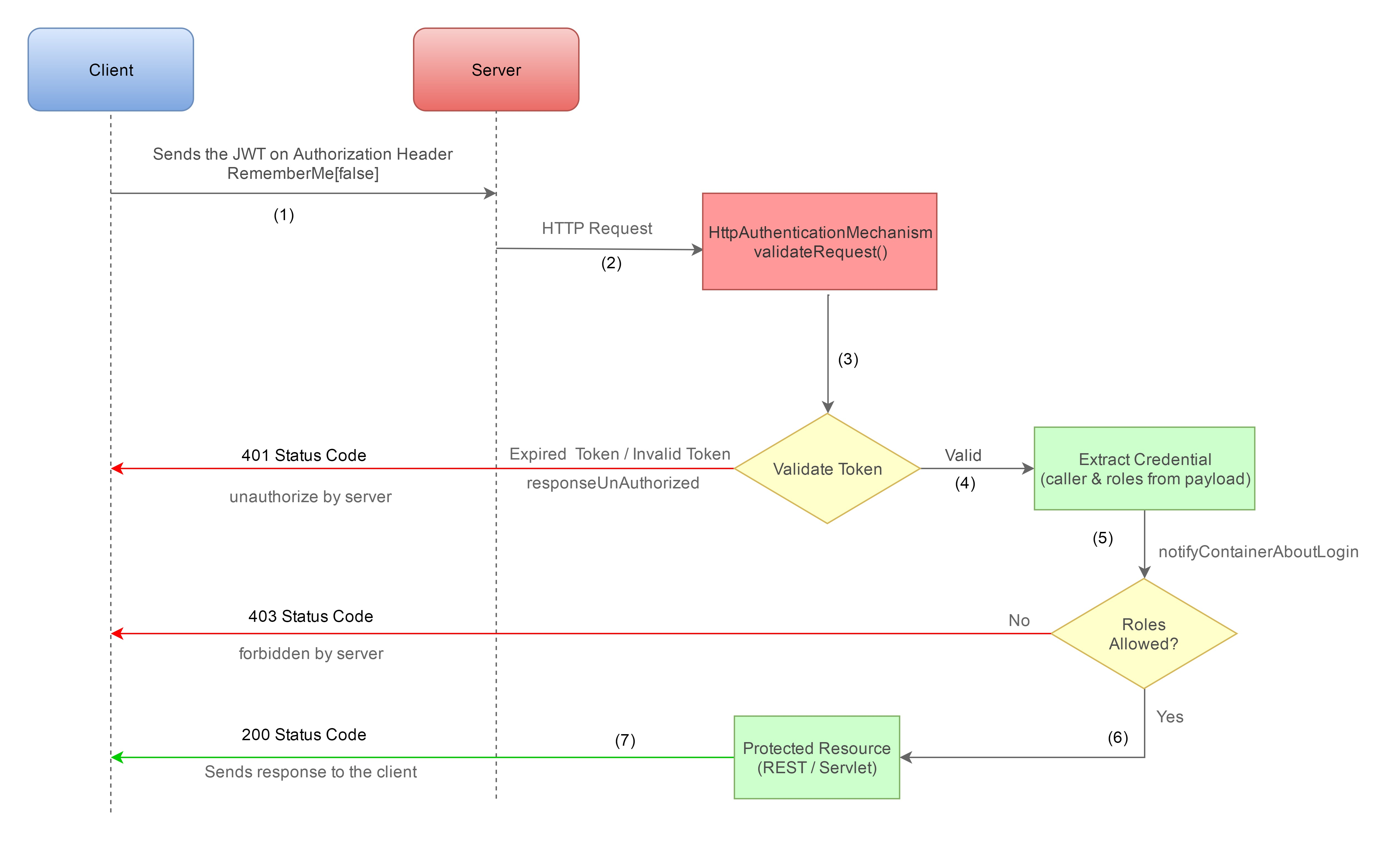 Whenever the user wants to access a protected resource, the user agent would automatically include the JWT in the cookie with JREMEMBERMEID key.  It does not require state to be stored on the server because the JWT encapsulates everything the server needs to serve the request. 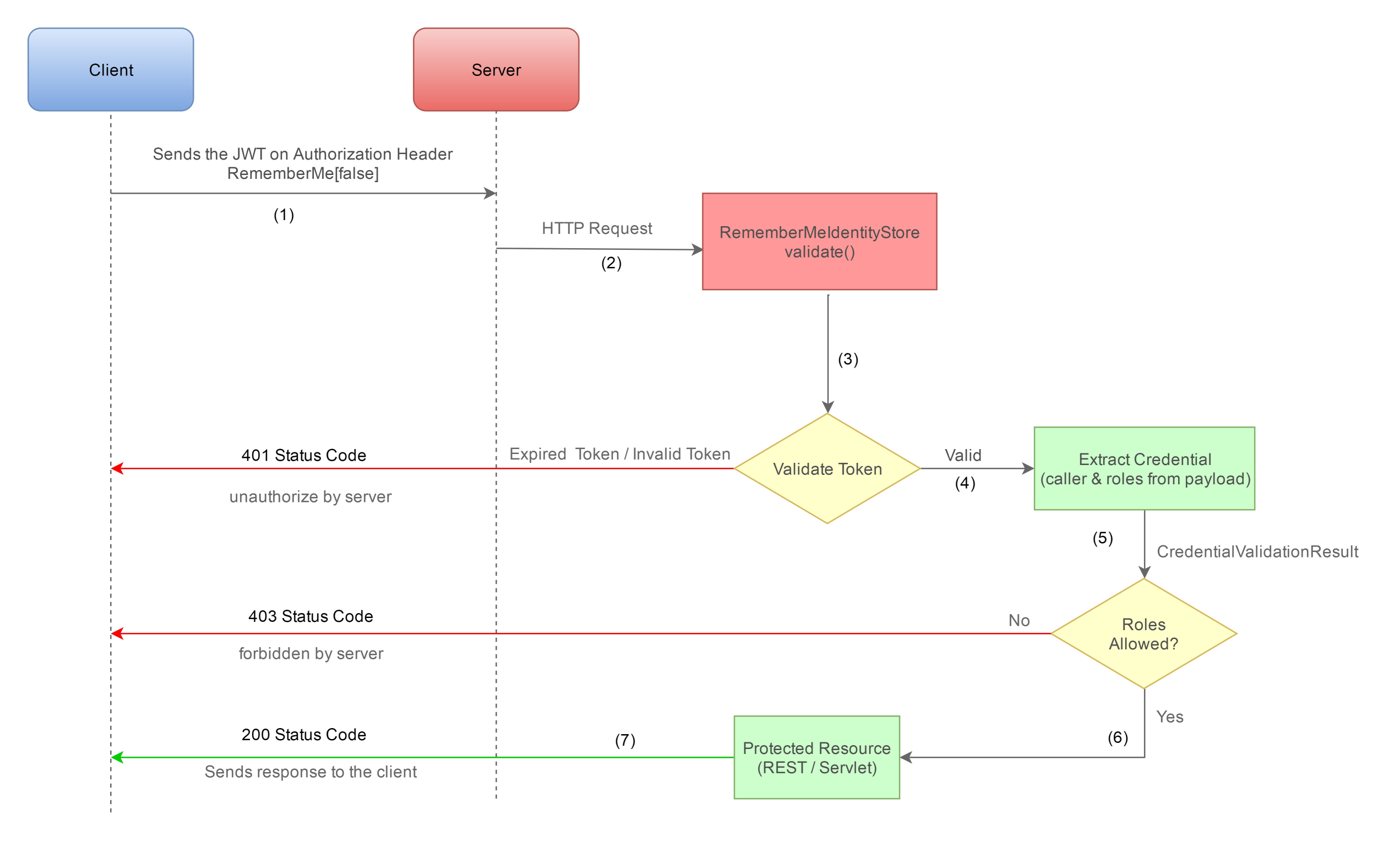 This approach allows for great flexibility while still keeping things secure and easy to develop. By using this approach, it is easy to add new server nodes to the service provider cluster, initializing them with only the ability to verify the signature by providing them a shared secret key. No session replication, database synchronization or inter-node communication is required.

Hopefully this article has given some sort of an insight into the power of JWT as well as the new Java EE Security API. You can find the example code of this article in our Payara Examples repository, under Java-EE/security-jwt-example, Just fork it and play with it as you like.