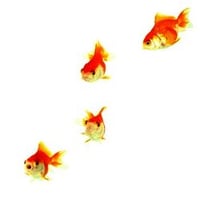 We are about to release the latest version of Payara (4.1.152) and one of the cool new features that is experimental in this release is Payara Micro.

What is Payara Micro?

Payara Micro is our first release of a new way of running Java EE applications. Building on the Java EE 7 support of its GlassFish 4.1 core Payara Micro enables you to run war files from the command line without any application server installation. That’s not all! Using the Hazelcast integration each Payara Micro process will automagically cluster with other Payara Micro processes on the network, giving web session resilience and a fully distributed data cache using Payara’s JCache support.

Payara Micro is small, only 57MB in size and incredibly simple to use. With its automatic and elastic clustering it is designed for running Java EE applications in a modern containerized/virtualized infrastructure using automated provisioning tools like Chef, Ansible or Puppet. As each Payara Micro server will automatically cluster with other servers on the network your Java EE application can be elastically scaled horizontally by adding and removing containers based on demand.

Payara Micro also comes with a Java api so it can be embedded and launched from your own Java applications. Embedding Payara Micro in your own code is as simple as;


What apis does Payara Micro Support?

Payara Micro is based on the Java EE 7 web profile version of GlassFish embedded. We’ve built on that and added a number of useful additional apis.

How do I get Payara Micro?

Payara Micro will be released with the next version of Payara and will be available from the downloads page. Prior to that you can get it from our pre-releases page.

We’d love you to try your Java EE 7 applications on Payara Micro. Let us know what you like or even what you hate. What features would you like to see? As always we are here to help!