I have written and talked a lot about why reactive programming matters. It’s always been a topic of personal interest for me. I’m not only an engineer but also a perfectionist and I’ve always wanted my applications to be perfect, easy-to-use and pleasant to work with. Building reactive applications is one way to achieve this perfection.

The biggest challenge of building reactive applications is that it’s very different from the techniques developers are used to nowadays. It’s not easy to change old habits. There’s still a lot of live applications which aren’t built with reactive principles in mind and it would require a lot of effort to rewrite them to be reactive. Not to mention that the asynchronous nature of reactive applications makes them more complex.

That’s why I decided to talk about introducing reactive principles pragmatically at Jfokus. In my tutorial, I explain where it makes sense to apply reactive principles in existing business applications and where it’s better to leave things as they are. I continue by exploring a demo application and identify a component that would benefit from being rewritten in a reactive way.

I’m glad that I received a big audience in Jfokus that stayed with me for the full three hours of my tutorial. Many participants raised questions and hopefully learned how to start using reactive principles in their existing Java projects.

Presenting my tutorial in front of the audience at Jfokus: 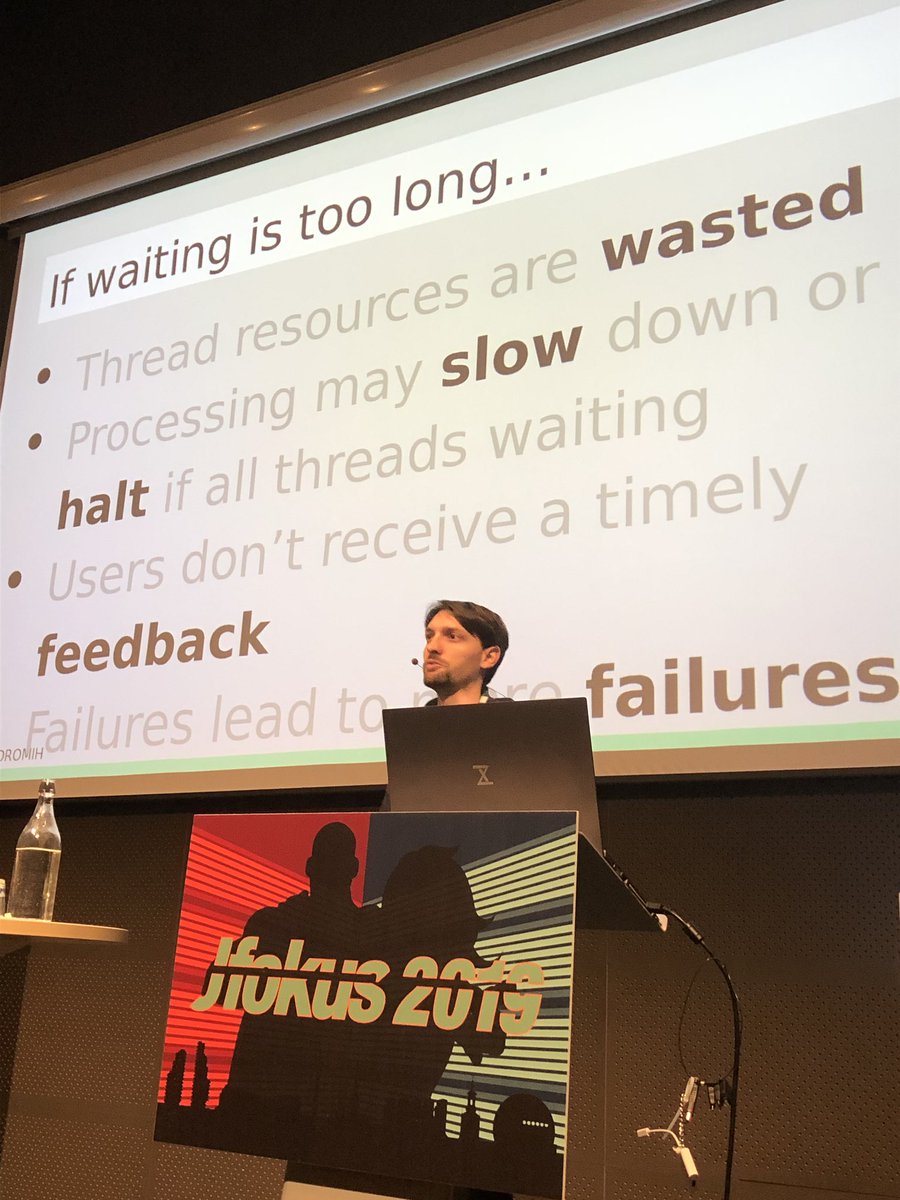 A complete video recording of my interview for NightHacking:

I was very pleased with the Jfokus conference. I’ve been at many other conferences and Jfokus is one of the biggest and best-organized of them all. I was surprised to have met so many great speakers there. A lot of them are already well-known but there were also many speakers attending that I believe are rising stars and did a great job at Jfokus.

The exhibition area at Jfokus was very lively, with a lot of going on and full of attendees visiting the booth and joining the show. One of the many activities at Jfokus was NightHacking interviews with experts present at Jfokus, also streamed on the internet. Another one was VM Tech Summit, a small conference dedicated to Java Virtual Machine taking place in a dedicated room at Jfokus. And then you could join many activities in the exhibition hall at individual booths, including competitions, tech demonstrations, trying out VR goggles and even getting a quick massage to refresh the body :) 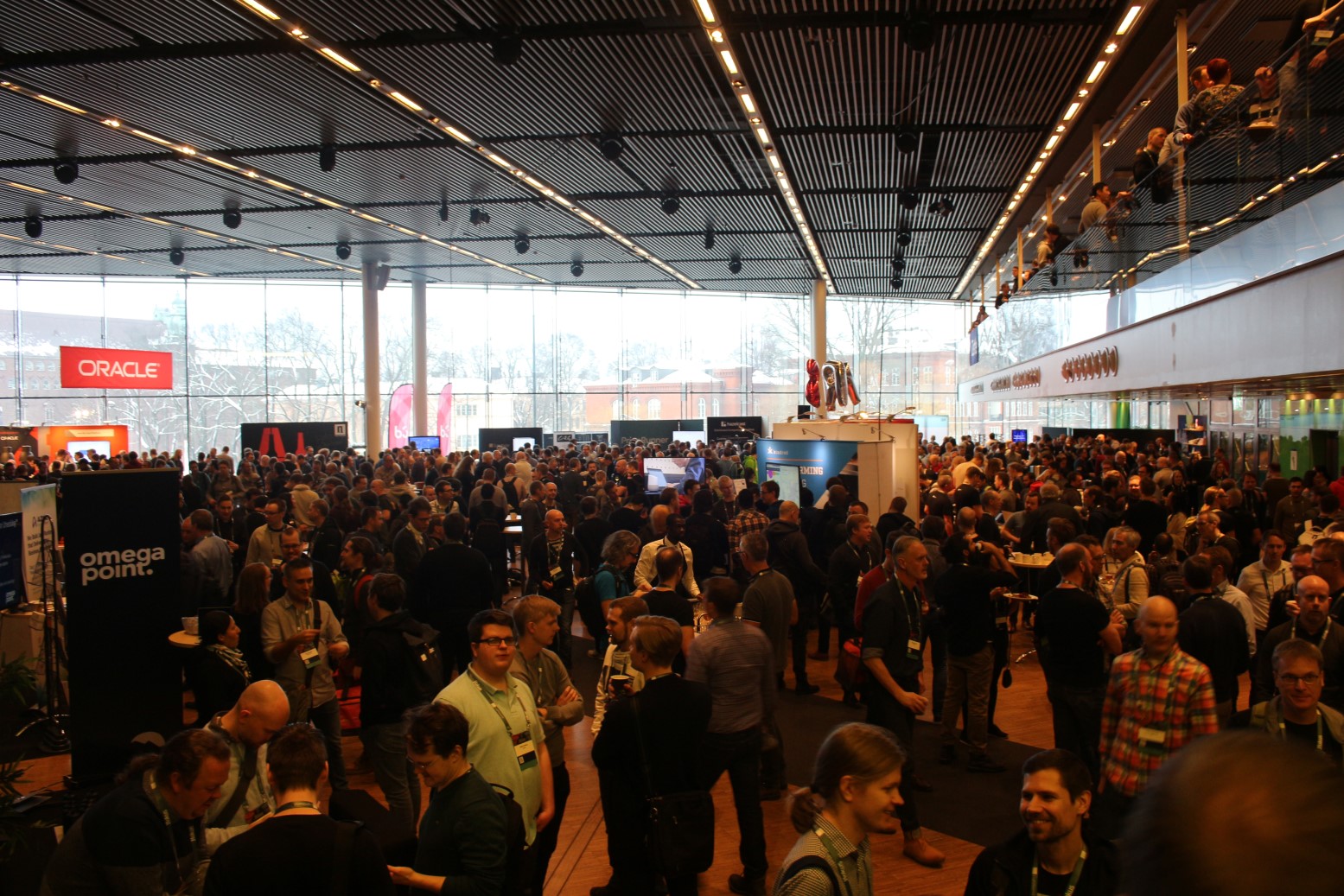 Highlights from the Conference

Although I didn’t have time to attend many sessions, I liked those I attended. Some of my highlights at Jfokus were talks by Ray Tsang about Docker-based serverless functions, by Ivar Grimstad about implementing microservices patterns and a lightning talk by Grace Jansen who nicely introduced what reactive architecture is and why it matters. Ray impressed me (again) with how much he demoed live in 45 minutes, without mistakes, making it easy to follow and understand what was going on. This is why I love attending his sessions. Ivar was also very efficient and covered 8 microservices patterns, demonstrating all of them in code and also on running applications. In front of a huge audience in the biggest room, Ivar’s session felt like a keynote for the second day. He explained how simple it is to implement all mentioned microservices patterns with MicroProfile and run the applications on various platforms, including Payara Micro, OpenLiberty and others. And Grace’s talk was a pleasant break from all the heavily technical stuff, explaining the reactive principles in a simple and unique way. With her energetic expression of a TED speaker, I believe she inspired many to make their architectures reactive.

All in all, Jfokus was an exceptional conference and it was totally worth visiting it! 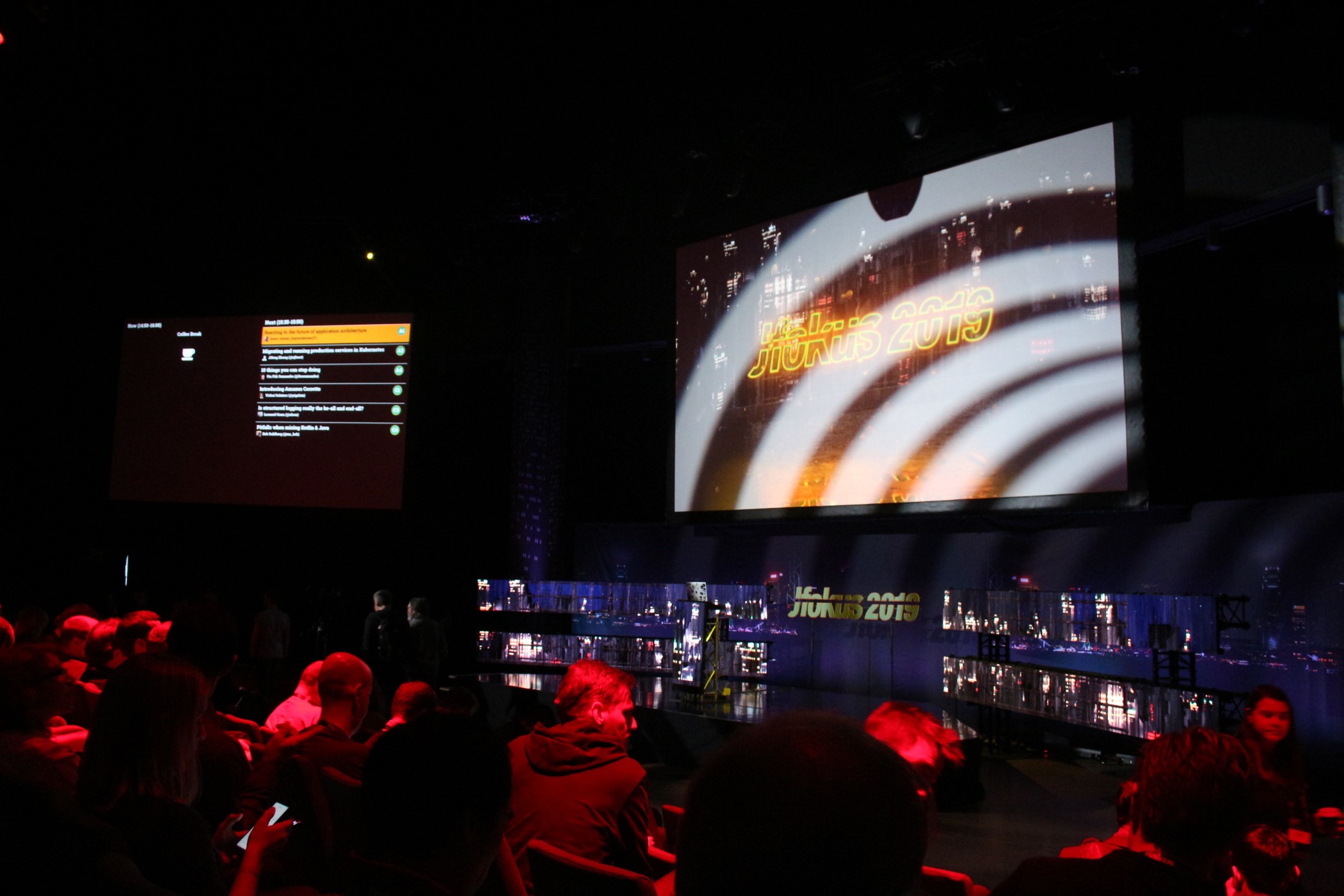 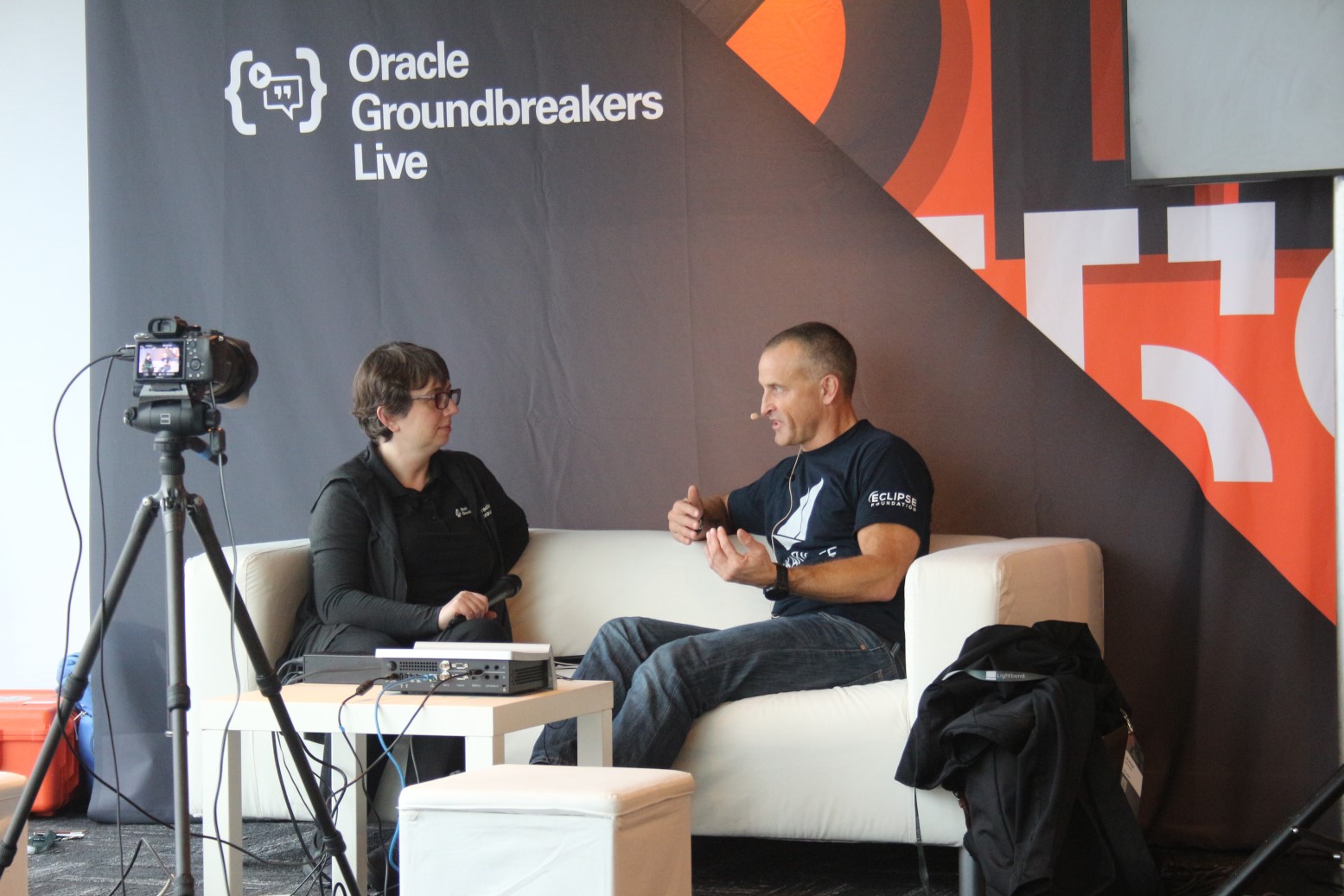 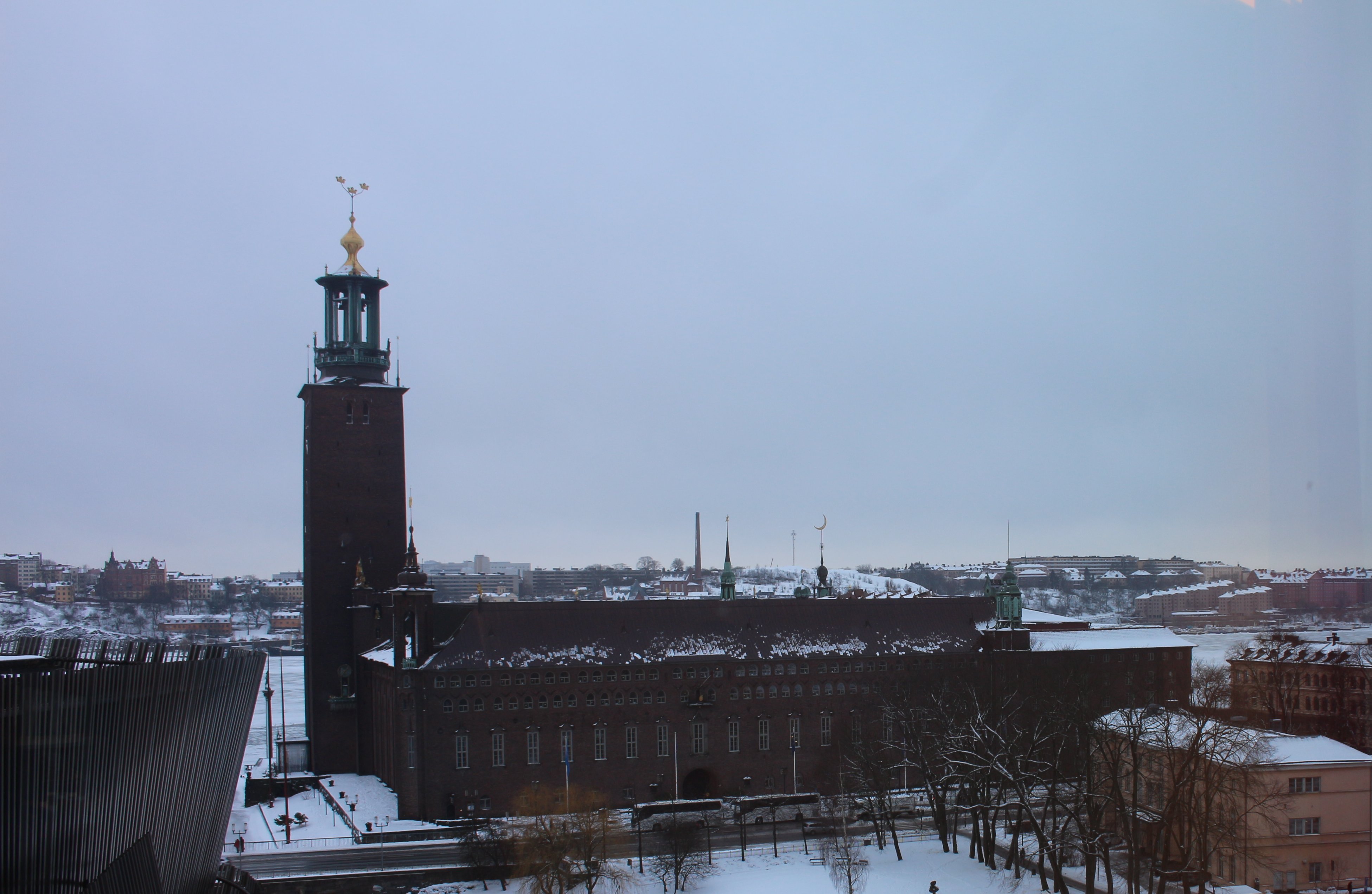