In many films that feature computer technology, the film makers often find it necessary to apply some artistic license to its portrayal or force the audience to suspend belief for the sake of the plot. However, sometimes they simply ask too much from an educated audience! Here is a list of some of the worst offenders!

(Fair warning this article is chock full of movie spoilers!)

In this classic, the great Richard Pryor becomes a programming savant pretty much over night simply because he needs some extra cash. In a scene where he is showing off to his programming class and instructor by solving a seemingly impossible coordinates problem in BASIC, he uses a list command to display the program to solve the “impossible problem” - but it only displays print commands!

In this scene, a young preteen heroine must access the security system of the dinosaur park. Upon examining the control terminal, she makes a realisation and confidently says “This is a Unix System, I know this”. And then goes ahead and quickly fixes the park security. However, the plausibility of a 12 year old knowing Unix is quite a stretch and even then that would not be enough for her to just use any of the applications. The specialised system would take considerable time to become familiar with, as Unix is famous for its inconsistent interface design. 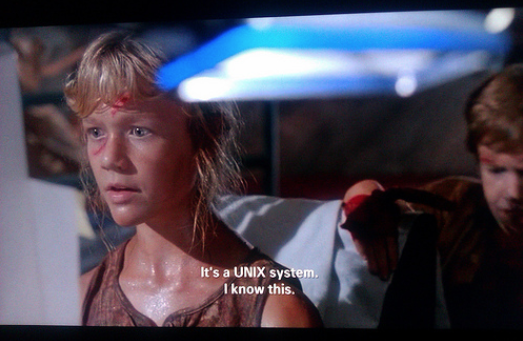 In an obvious nod to “War of the Worlds” Jeff Goldblum and Will Smith save the day by somehow learning extremely quickly how to understand and access advanced alien technology using an Apple PowerBook. They achieve this feat to upload a computer virus (somehow compatible with the Alien Software) into the Alien mothership which also appears to not have any cyber security.

Harrison Ford gets up to some serious tech hijinks in this film where he plays a Chief Information Security Officer of a Seattle bank. He cobbles together an Ipod, Fax scanner and roll of tape to then scan from the PC monitor and then transfer 10 thousand files from a desktop computer onto the aforementioned Ipod. Then *mumble mumble* OCR software *mumble mumble* images into data. 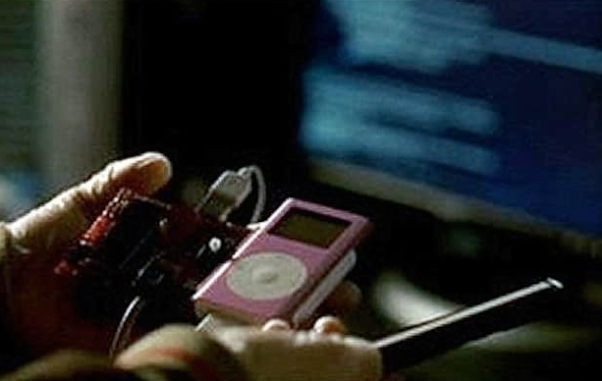 This one effects many films, but Hackers is a particular stand out due to its cult status. The 3D visualisation of data. Cinematically it definitely looks more exciting, but the idea of data being stored in a 3D interface as huge neon flashing monoliths of code doesn’t make a lot of sense. Users then have to traverse a hostile 3D wilderness just to open a spreadsheet. Or you know, “Hack the planet”.

Not sure where to start with this one. Not only has Bruce Willis gone from simple every day policeman to some sort of mission impossible/Bond hybrid super cop, but the way they use tech is all over the place. The big stand out in this movie being when the Tech operative grabs a mobile phone and declares he will just “Reprogram it, and link it into the old satcoms. Hackers surf them all the time." Probably quite a complicated task, but this whizz kid has it done in 5 seconds. 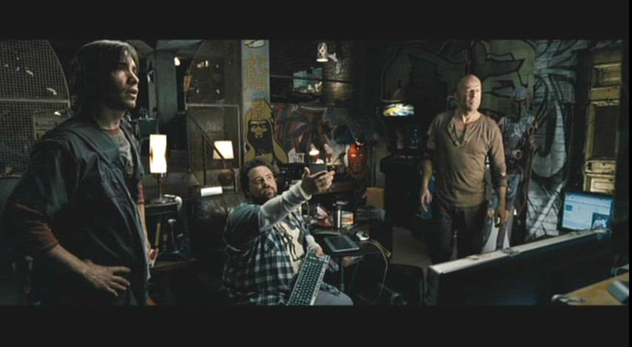 I have a bit of a soft spot for this film.

Yes, the whole AI Turing test angle is a bit wacky, but it’s quite a well put together and entertaining plot. However, there is a scene where the lead character is writing some code to hack the security of the building he is trapped in. On zooming in to the code on screen turns out the code is just a function to generate prime numbers! 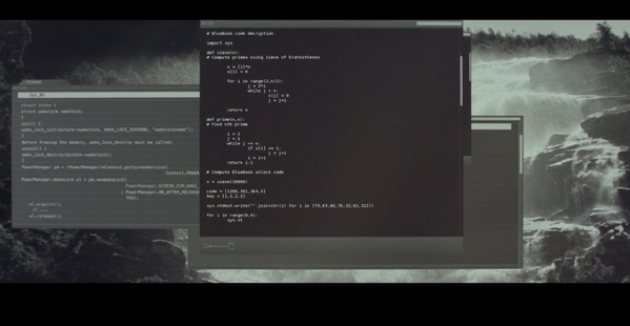 Oh, here we go. The trope you were all waiting for, the old “enhance an image”. Now in most films they try to justify this by claiming to have secret or very advanced/futuristic technology. Nope, not our Liam Neeson, despite his character being an ex-CIA operative and plausibly having access to some mysterious tech, he just skips down to the local public photo printers, pops in the memory card, zooms in and…….abracadabra! Enhances the image, increasing the resolution and creating pixels out of thin air.

You will also see the trope appear in pretty much any crime show on TV.

And there you have it! A list of movies with some unbelievable coding and tech usage. Have you seen any movies or TV shows that portray coding in some questionable ways? Comment below!