Read more below, and find a round-up of news coverage! 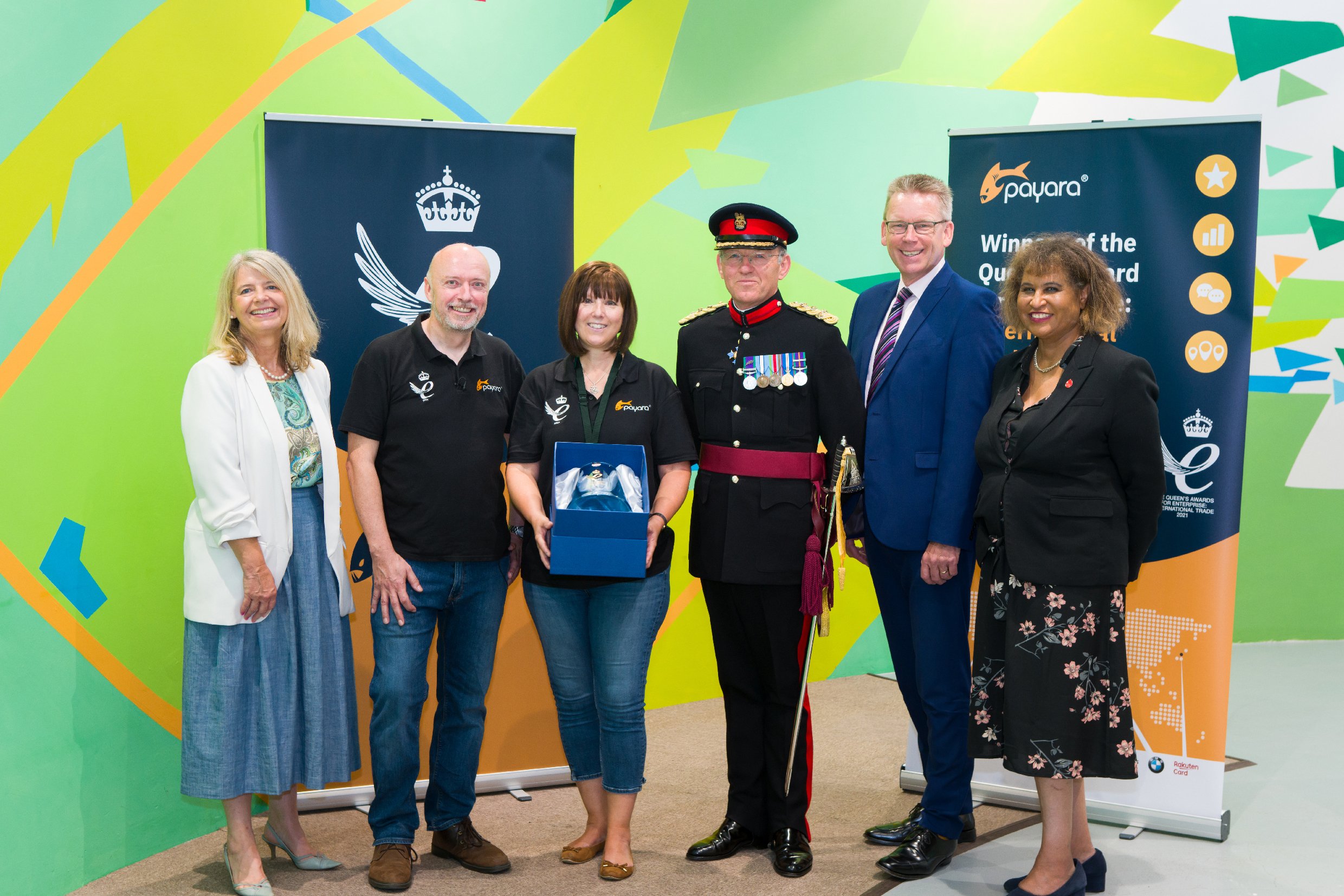 Other included individuals who have worked closely with Payara on our business journey, ranging from representatives of Worcestershire County Council and Malvern Hills District Council through to Lloyds Banking GroupandAston University. A large selection of employees also attended!

Discussing the official receipt of the Queen’s Award for Enterprise, our Founder and CEOSteve Millidge, said:

“I'm incredibly proud to be receiving this renowned award on behalf of the whole team, not as an individual. One of the key elements that binds our global team together is our set ofseven key core values, in particular Passion and Openness: passion in what we do, and a very open culture, with closeness as a team. We work together as a very well-oiled machine, and we wouldn't have this business without our amazing people. I also want to thank Co-founder Julia, who is also my wife and my best friend. This really is a huge honour for us.”

During her attendance at the awards ceremony, Harriett Baldwin MP, commented:

“Malvern is home to so many highly successful technology businesses and I’ve been in close touch with Payara as it developed its business which now operates all over the world.

This Queen’s Award is a huge tribute to Steve and Julia and all of the team who do such an amazing job and I was really proud to join the business community marking this royal recognition in person.”

“It's a huge pleasure for me to present the Queen’s Award for Enterprise in the International Trade category to Payara. These are the most prestigious of awards in UK business and the achievements that have won you this award are both amazing and astonishing and I heartily congratulate you on this tremendous recognition.

You clearly have a committed, capable, competent and fiercely loyal team and whilst your success of course reflects the quality of your product, it seems to me that the excellence of your team is a matchwinner in this case. I thank you for what this means to the country as a whole.”

Find the news covered in The Business Desk, West Midlands: