In this blog series, we will aim to give an overview of the basics of using Payara Server in a production scenario using Apache Web Server (sometimes called httpd) and Ubuntu. Many of the concepts described in these blogs do not rely on the tools we are using here and can be applied to other scenarios. 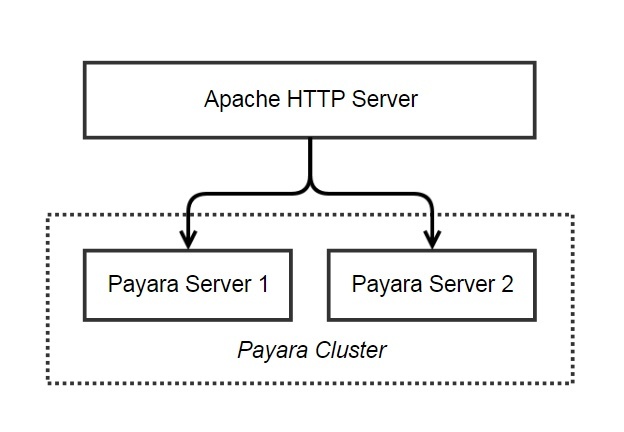 Here we have an Apache web server which will be exposed to our users. Their requests will be forwarded to one of two Payara Server instances. From here, we will investigate using sticky sessions based on the JSESSIONID cookie to ensure each user interacts with the same Payara Server, as well as session replication to ensure that, if one Payara Server goes down, the other will be able to handle the existing sessions seamlessly.

What is Request Forwarding?

As mentioned in the previous blog, this may differ by distribution; in this post, we will deal with the package available in Ubuntu's repository. The Ubuntu package contains the Apache binaries, but also has extra "helper tools" to manage the configuration files. On Ubuntu 18, the two modules which we need to add to Apache are part of the apache2 package which we installed previously. It can be installed from the repository using:

We will install two modules to enable basic http request forwarding - mod_proxy and mod_proxy_http. With Ubuntu, the helper tools manage the installation of these modules - to make it even easier the tools will seek out their dependencies and enable them too. Helpfully, mod_proxy_http requires mod_proxyto work, meaning our command is as follows:

If you wanted to disable a module, there is a companion tool to a2enmod called a2dismod which is used in the same way.The tool has detected the dependency and has also enabled mod_proxy. If you had a series of modules you wanted to activate you can add them after proxy_http, separated by single spaces.

The apache2 package on Ubuntu has an example site configuration called "000-default". The configuration file for this site can be found in the folder /etc/apache2/sites-available and is symlinked to the sites-enabledfolder.

This file is read, and its directives applied, from top to bottom, so if you have set the same property to two different values, the second will apply. (More accurately, the first will only apply until the second setting is read).

The default page in a new installation for Apache in Ubuntu can be found in /var/www/index.html and gives a good overview of how this works in detail,

We will not be using the default configuration because we will need to add in some specific behaviour. Copy the old configuration from sites-available and rename it something memorable.

Open the new file in your preferred text editor as root. You should see something like this: 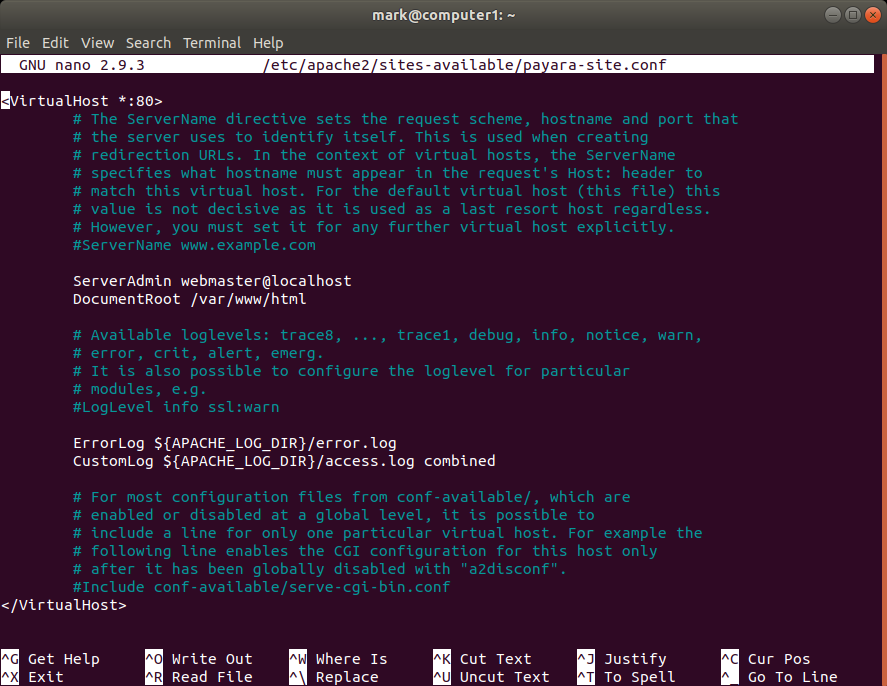 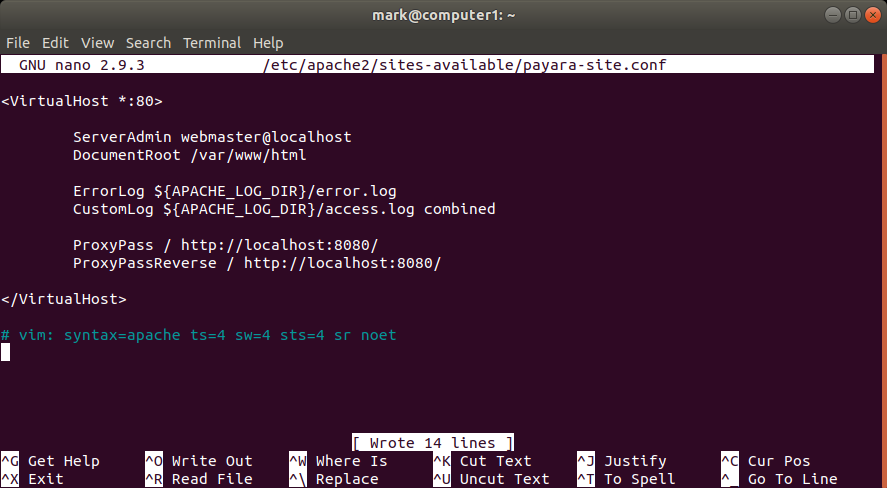 To stop and start Apache HTTP Server It's: 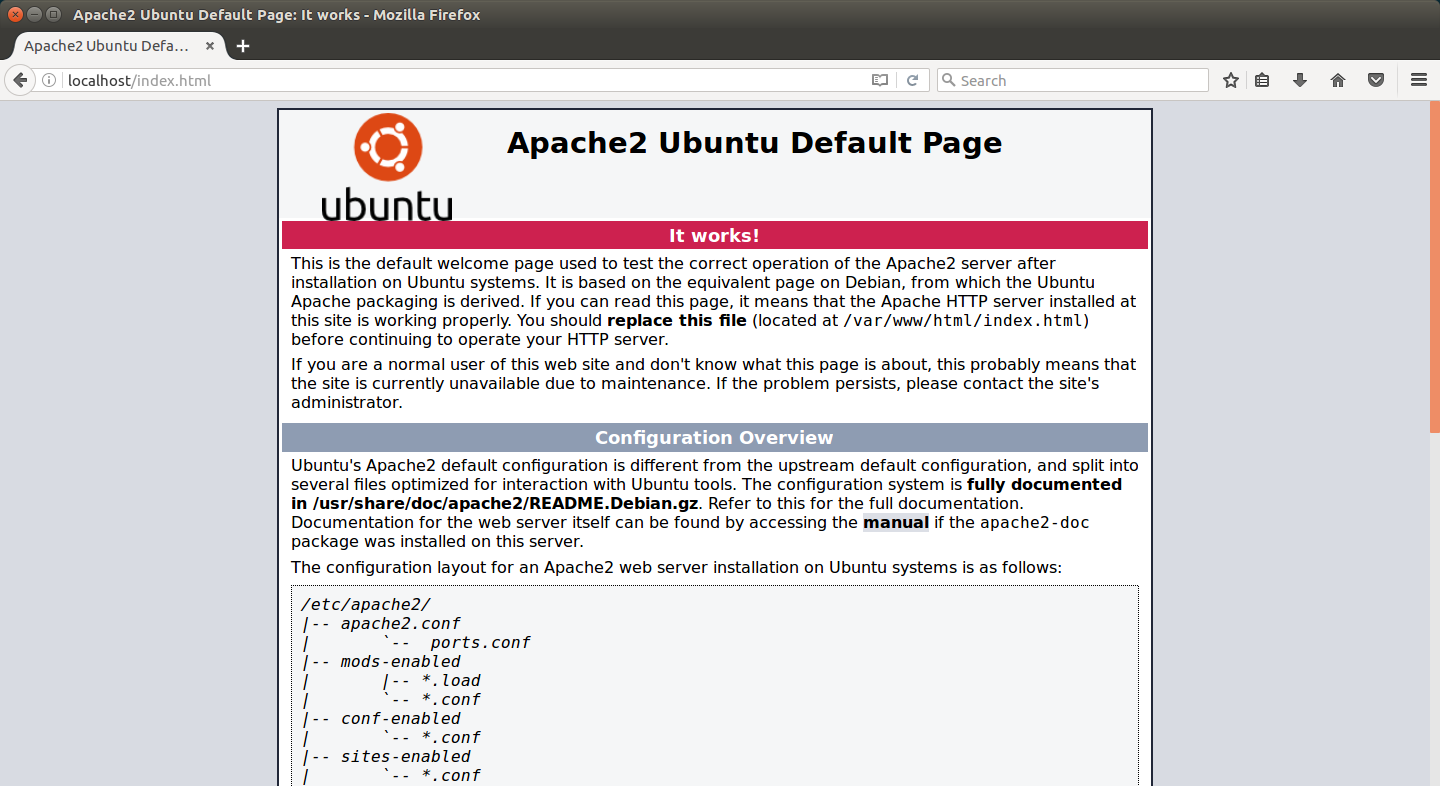 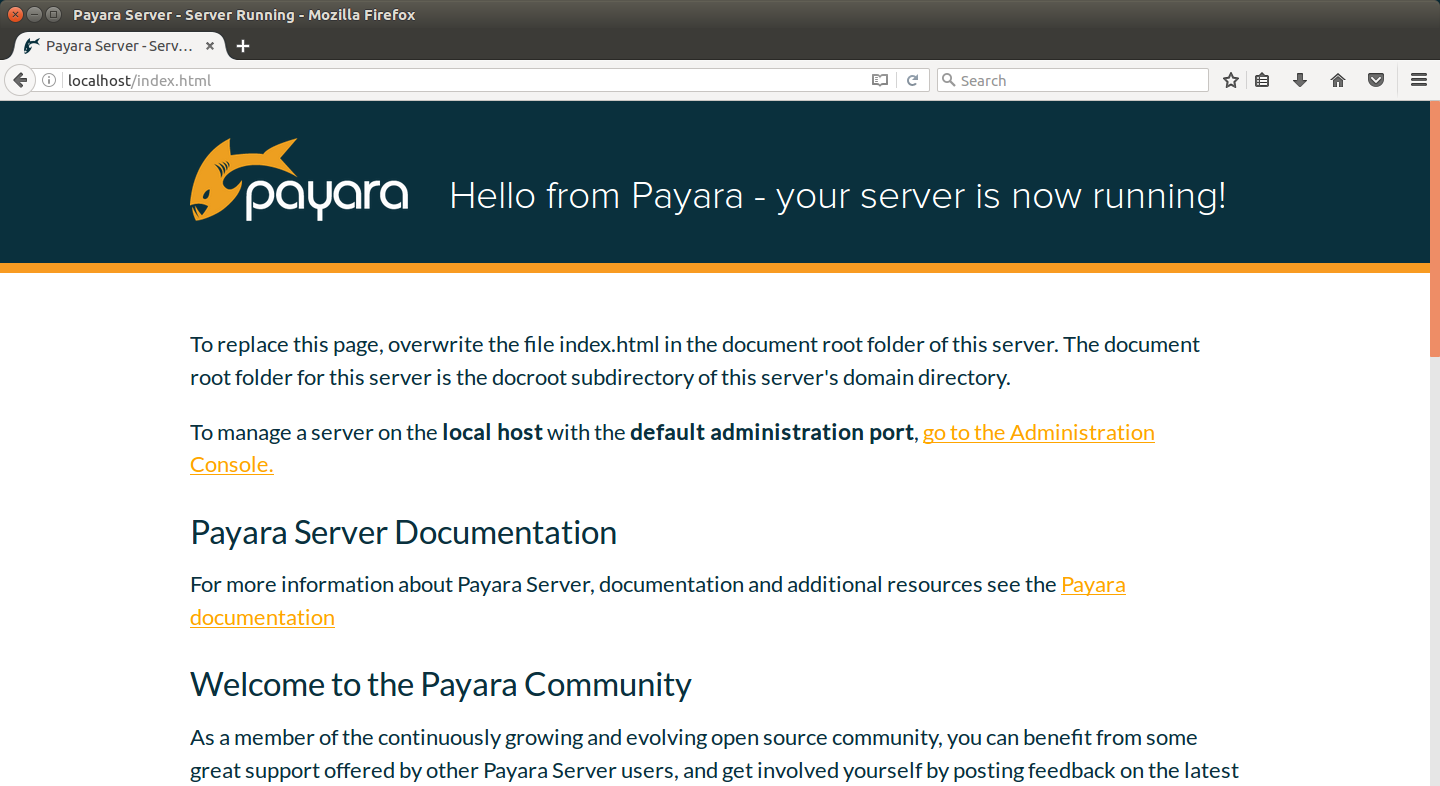 You Can Now Add Applications to Payara Server

If you have any questions about this blog, or the Payara Platform in general, feel free to post a comment below.

Not using the open source Payara Platform yet?